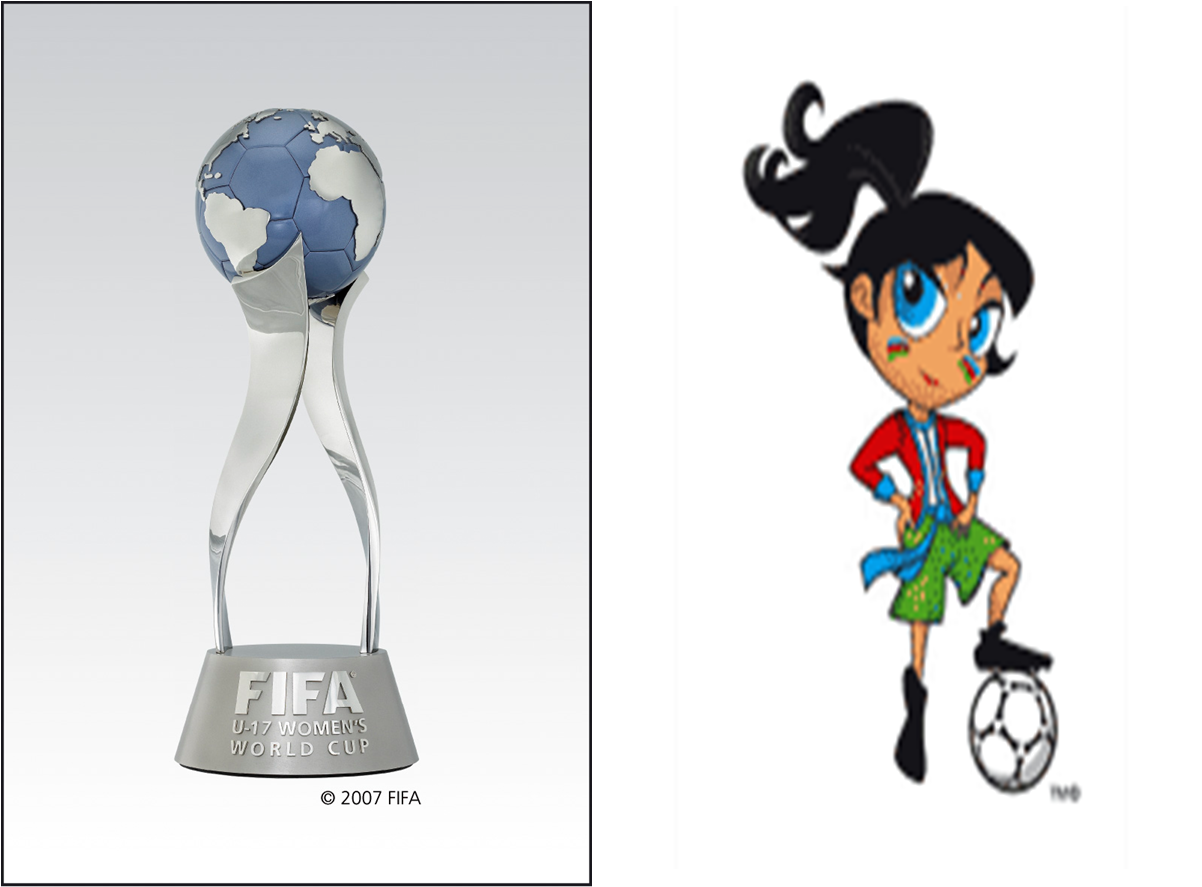 Material: Made from various copper alloys from Brass, Gilding metal and copper with sterling silver continents.

There was a very special guest in attendance on 7 October 2011 for Azerbaijan’s UEFA EURO 2012 qualifying match against Austria at Baku’s Dalga Arena: the official mascot for the FIFA U-17 Women’s World Cup Azerbaijan 2012.

Taking to the pitch just minutes before kick-off and dressed in a green, blue, red and white football kit, echoing the colours of the national flag painted on her cheeks, she brought a smile to the faces of the fans. The tall, long-legged mascot wore her brown hair in a ponytail designed to resemble what is known as a buta, a curving decorative motif widely used in Azeri art. She is talented, fast, smart and is therefore the perfect ambassador of the Host Country and football in general.