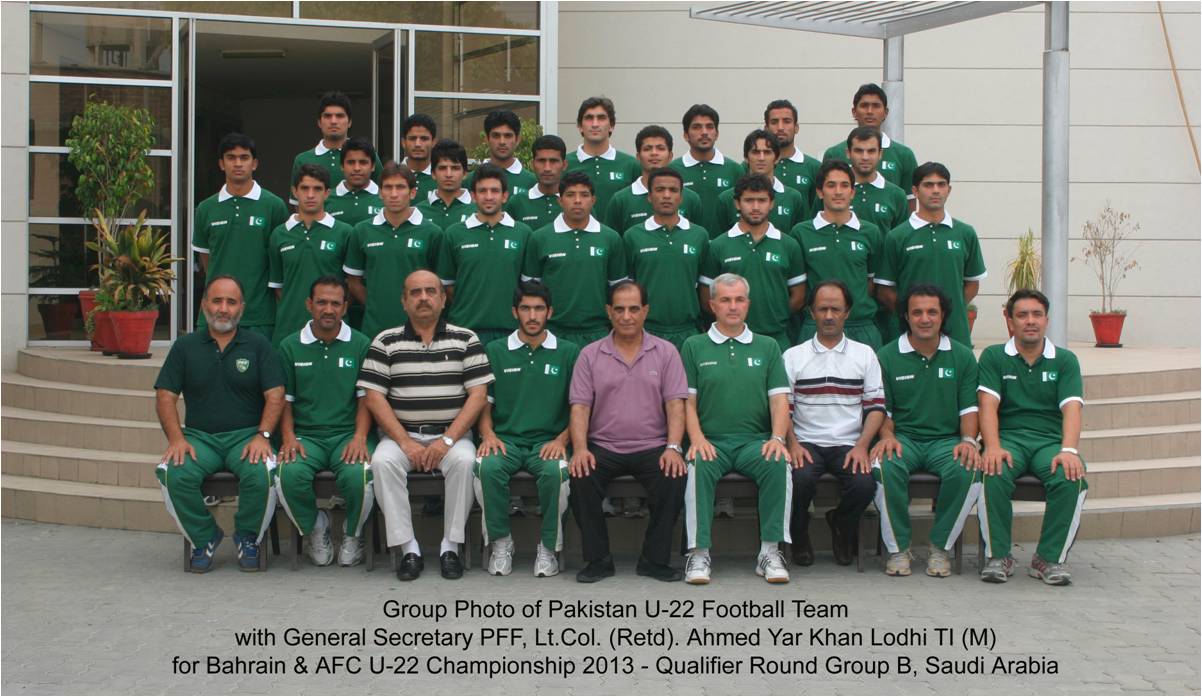 Lahore-Pakistan, June 10, 2012: Pakistan U-22 football team is leaving for Bahrain on Monday, June 11, 2012 through GF 765 at 0715 Hours PST from Allama Iqbal International Airport, Lahore to take part in three matches friendly series against Bahrain to start their final preparatory phase ahead of the AFC Under-22 Asian Championship-2013 Qualifiers Group B to be held in Saudi Arabia from June 23 to July 3, 2012. Pakistan will open their mission with the match magainst Bahrain on June 13, second math on June 15 and last match on June 18.

According to the press release issued hereby Pakistan Football Federation (PFF), Makhdoom Syed Faisal Saleh Hayat, President PFF wished national team the best. He hoped they shall play in an outstanding manner as the peoples of Pakistan are looking for a victory by their young players. He expressed his satisfaction on their training and the ability to play well.

Pakistan has been placed in Group B of AFC Under-22 Asian Championship-2013 Qualifiers with the Kyrgyzstan, Palestine, Saudi Arabia, Sri Lanka and Syria. All the matches of the group will be conducted at the King Fahad International Stadium and Prince Faisal Bin Fahd Stadium Riyadh. Pakistan will open their mission on June 23 with the match against Saudi Arabia, followed by their games against Sril Lanka on June 25, Kyrgyzstan on June 28, Syria on June 30 and against Palestine on July 03.

View all posts by: Abdul Rahim
2 Responses to “Pakistan U-22 football team left for Bahrain”