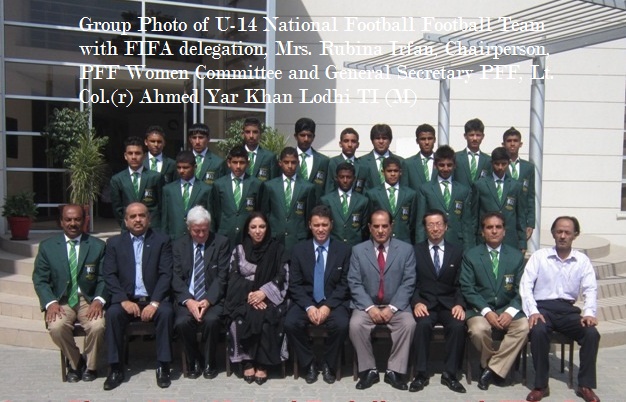 According to Pakistan Football Federation (PFF), Makhdoom Syed Faisal Saleh Hayat, President PFF wished all out success for the national U-14 team. He hoped they shall play in an outstanding manner as the peoples of Pakistan are looking for a victory by their young players. He expressed his satisfaction on their training and the ability to play well.

Pakistan has been placed in Group B with the Maldives, Nepal, JFA Academy 2 and Sri Lanka, according to the draws unveiled by the Japan Football Federation (JFF) for the Japan-SAARC U-14 Football Exchange Programme penciled in for October 9-19 at Tokinosumika Sports Centre, Tokyo, Japan. India, Afghanistan, Bangladesh, JFA Academy 1, Bhutan and Indiahave been adjusted in Group A.