Moscow, Russia, June 13, 2018: Following the selection of the United bid for the organization of the 2026 FIFA World Cup at FIFA Congress held in Moscow today, the Morocco 2026 Bid Committee has congratulated the North American trio and wished them good luck in the next eight years. 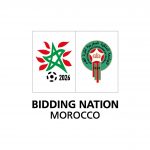 The Bid Committee would also like to warmly thank the Member Associations that voted for the Morocco vision and pays tribute to all those that participated with professionalism and selflessness in the Morocco 2026 Bid Campaign.

The Chairman of the Bid Committee, Moulay Hafid Elalamy, said:

“Morocco is proud to have led a campaign that was committed, ethical and totally in keeping to the rules imposed by FIFA.

Through this bid, Morocco has demonstrated its ability to organize the FIFA World Cup, which in 2026 for the first time will see the participation of 48 teams, meeting the new demanding specifications of FIFA.

“Under the enlightened leadership of His Majesty The King, the Kingdom of Morocco is determined to continue on its current trajectory.

The projects that we have presented in the Bid Book will be realized (Morocco 2026 Bid Committee).

We managed this Bid with a sporting spirit and we will continue our path in the same vein.”

The President of the Royal Moroccan Football Federation (FRMF), Fouzi Lekjaa, said:
“Morocco is pleased to have presented a solid bid where football is at the centre of an authentic, profitable FIFA World Cup with a strong legacy.

On behalf of the FRMF I wish to congratulate my colleagues – the Presidents of the USA, Mexico, and Canada Football Associations – and I wish them all the best in organising the FIFA World Cup and furthering the path of development of football.

“I also wish to congratulate FIFA for the conduct of this Bid process and President Infantino for all that has been done to make things move towards more transparency and inclusion and I want to reaffirm the commitment of my country to continue to work for football.”