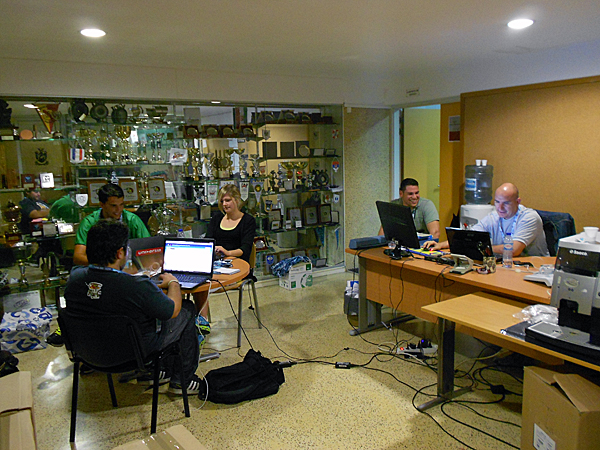 Braga – Portugal, August 18, 2012: With 14 men’s teams and 5 women’s teams registered for the 13th World University Futsal Championship, the Portuguese city of Braga and the University of Minho are about to kick off one of the most anticipated World University Championships of the year in the FISU sporting events calendar of 2012. Preparing for the opening ceremony and kick-off of the championship which will take place on Saturday August 18th, the Organising Committee has started setting up its offices, accrediting the volunteers and finalising all preparations. 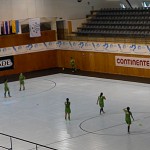 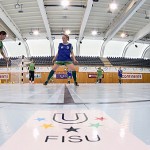 The first delegations, namely Brasil and Portugal, have already been accredited and other teams will be in the days to come. First test matches have been organised as well as training sessions for the teams that already arrived.

With a very experienced team of organisers and volunteers, Braga hopes to offer the participants the best World University Futsal Championship ever and will also be watching closely the World University Chess Championship organised by the University of Minho in Guimaraes (20km away from Braga) at the same time, transforming Portugal into a center for International University Sports competitions in the weeks to come.

Important also to remember is that all the games of the WUC Futsal will be streamed live on the OC website at http://www.wuc2012.uminho.pt/.

BRAGA – With two days to go before the kick-off of the 2012 World University Futsal Championship, participating teams are arriving at the University of Minho. In the Sports Complex in Gualtar UMinho – Braga commotion has been great for the accreditation of participants, having come so far the teams from Brazil (Male and Female), Azerbaijan (Male), Oman (Male), Thailand (Male), Poland and Portugal (Male and Female).

With the sporting facilities ready to receive this international event, the opening match will be on Saturday August 18th at 22:00 in the Exhibition Center of Braga (PEB) between Portugal and France. The opening ceremony will be at the Republic Square in the center of the city of Braga at 19:00. —- FISU