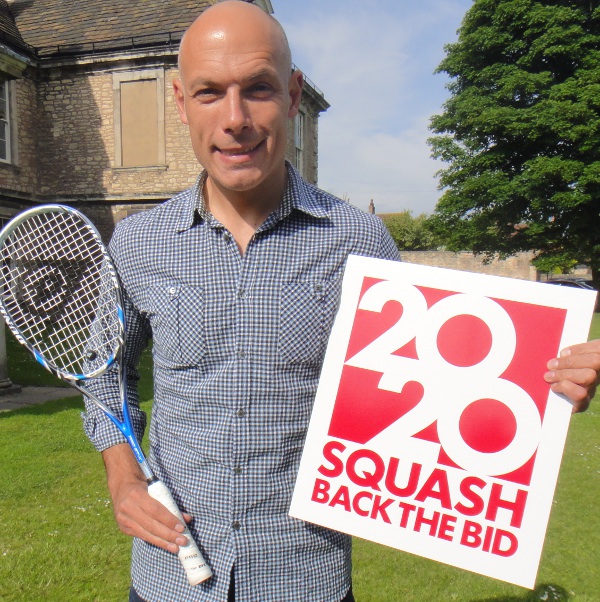 London, June 07, 2013: Leading internationally-recognized soccer referee Howard Webb MBE today added his voice to the campaign to get Squash into the Olympic Games. His support follows on from the International Olympic Committee’s (IOC) decision last week to shortlist Squash as a potential sport to join the Olympic Programme for the 2020 Olympic Games.

Howard Webb, MBE, a FIFA-listed referee since 2005, ranked as one of the top referees of all time by the International Federation of Football History & Statistics, and the first referee to officiate the UEFA Champions League Final and FIFA World Cup in the same year, said:

“I’m delighted that Squash has recently been shortlisted for consideration for the 2020 Olympic Games. It is a truly athletic sport which is played in all corners of the globe – one which thoroughly deserves to be part of the Olympic Games programme.”

WSF CEO Andrew Shelley added: “I would like to thank Howard for supporting Squash’s bid and I am delighted to see the growing list of famous sportsmen and women from different sports around the world backing our bid.

“Howard has played a key role in some of football’s biggest moments and has first-hand experience of the passion, intensity and dedication required to compete at the highest level in sport. This is a really exciting time for squash across the world and the IOC vote in Buenos Aires on September 8 is something the global squash community is utterly focussed on.”

Background Information:
Squash is proposing a knock-out format men’s and women’s singles championships for inclusion in the Olympic Games. It would comprise 32 male and 32 female players.
Squash, Wrestling and the joint Baseball/Softball bid were shortlisted by the IOC Executive Board. A final decision on which sport will join the 2020 Olympic Games will be taken by the IOC membership at its Session in Buenos Aires on 8 September 2013.