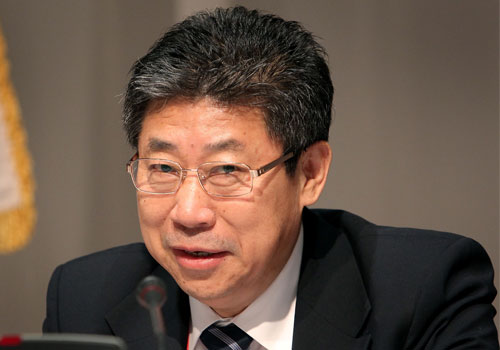 The AFC Disciplinary Committee had opened disciplinary proceedings against Mr Bin Hammam and banned him from any football related activity on 16 July, following the receipt of an independent financial report presented by PricewaterhouseCoopers Advisory Services (PwC) dated 13 July 2012. FIFA has since extended the ban worldwide besides initiating its own investigation into possible breaches of the FIFA Code of Ethics.

Mr Jilong wrote: “The provisional ban imposed on Mr. Bin Hammam is the first step within the framework of AFC disciplinary proceedings initiated to clear up the events in question. A further, and very essential, part of the proceedings is an investigation carried out by the secretariat of the AFC Disciplinary Committee, which aims at establishing all relevant facts and collecting incriminating or exonerating evidence.

“In this context, we would like to inform you that the Chairman of the AFC Disciplinary Committee has directed the secretariat to engage a worldwide highly renowned investigation company, Freeh Group International Solutions LLC (“Freeh Group”), to assist and support in the secretariat’s investigation. This engagement has become necessary due to the specific complexity of the case.“

The AFC Acting President sought the cooperation of the Member Associations and underlined that the investigation was not targeted against anyone in particular but aimed at establishing the truth.

“We would like to point out that it is crucial that the Freeh Group receive unconditional and unreserved support and cooperation by all AFC Officials, bodies, and Member Associations,” wrote Jilong.

“The proceedings presently relevant are not about incriminating or discrediting certain persons but aim at establishing the truth and, on a broader scale, at safeguarding the integrity and interests of football under the AFC’s jurisdiction.

“It is of utmost importance that the investigation is carried out in an unimpaired and neutral manner. The Freeh Group has AFC’s unreserved trust that it will do so, and it is therefore vital that any entity or person deemed of interest by the Freeh Group fully cooperates.

“In this context, we would like to remind each Member Association once again of their obligation to comply with AFC Regulations as well as of their duty of loyalty towards AFC at any time (Article 11 (1) (a) and (i) of the AFC Statutes). From this obligation results a specific duty to fully cooperate in the context of this investigation and to refrain from any actions, which might interfere.

Jilong concluded by emphasising AFC’s unshakeable resolve to protect the integrity of AFC.

“We would like to reaffirm AFC’s commitment to clearing up the events and circumstances presently relevant and to draw the necessary consequences. We would like to thank you for your continued support in protecting the integrity of AFC and football as a whole.” —- AFC/Image: en.olympic.cn