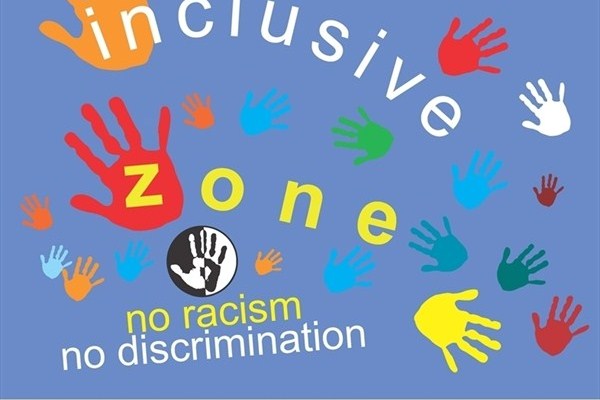 Switzerland, April 03, 2012: The Inclusive Zones initiative is already making its presence felt in the drive to ensure a friendly, multi-cultural atmosphere in Poland and Ukraine during UEFA EURO 2012.

If one of the goals of UEFA EURO 2012 is to ensure a friendly, multicultural atmosphere, then a key step to achieving this will be the Inclusive Zones initiative – and its tentacles are already reaching out across the two host countries.

Numerous sites in Poland and Ukraine are beginning to display the Inclusive Zones symbol, with schools, NGOs, local authorities, cultural institutions, community centres, sports clubs as well as businesses, shops and pubs all invited to take part in the initiative.

Inclusive Zones forms part of the multi-faceted Respect Diversity project under the umbrella of the official UEFA EURO 2012 social responsibility programme. It is delivered on behalf of the Football Against Racism in Europe (FARE) network by its long-established regional partner in Poland and Ukraine, the Never Again association.

The principle underpinning the Inclusive Zone idea is a simple one: the creation of hundreds of public-use buildings and spaces designated as being open, accessible and welcoming to people regardless of ethnic or national background, gender, disability or sexual orientation. The Inclusive Zones are visible and marked through posters and stickers. As part of the initiative, each site receives specially designed materials and information about ongoing anti-discrimination activities before, during and after the EURO, and in this way they become part of a broad and lasting anti-discrimination network.

Mobile fan zones will help to promote the Inclusive Zones and convey the Respect Diversity message beyond the host cities. From 8 June to 1 July, five Fan City Tour trucks will visit about 100 cities and towns across Poland. These mobile fan zones will contribute to a festive atmosphere through public screenings of games, community events and educational activities, with the expected participation of up to 200,000 people.

These events are coorganised by the UEFA EURO 2012 official sponsors with the participation of the Union of Polish Local Communities and the Union of Polish Cities, and with the support of the official broadcaster Telewizja Polska SA (TVP). In the city of Krakow, for instance, where the England, Italy and Netherlands squads will be based, special activities highlighting Inclusive Zones and Respect Diversity have already been planned.

FARE – a UEFA social responsibility partner for more than ten years – acts as an umbrella organisation for a network of partners in 40 countries challenging racism and discrimination throughout Europe. The Never Again association is an educational and monitoring organisation established in Poland in 1996. Since 2009, Never Again has coordinated the FARE East European Development Project backed by UEFA in the run-up to UEFA EURO 2012.