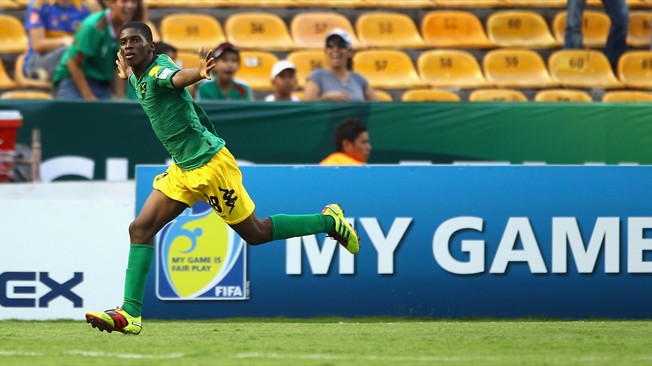 Zurich – Switzerland, Feb 16, 2013: The top 12 youth sides from North, Central America and the Caribbean have gathered in Mexico looking to book their place at the FIFA U-20 World Cup. The qualifying tournament, which takes place in Puebla from 18 February to 3 March, consists of four groups of three, with the four eventual semi-finalists qualifying for the global showpiece in Turkey in June and July.

USA will be the team to beat in Group A as the young Stars and Stripes hunt a place in their 13th FIFA U-20 World Cup. The man charged with guiding them through to the semi-final round is none other than Tab Ramos, an 81-times capped national team player and one of the top performers of his generation in the 1980s and 90s.

“We are excited and looking forward to the World Cup qualification process with this group of players,” said Ramos, who represented the United States at the 1990, 1994 and 1998 and FIFA World Cups™ and is an alumnus of the 1983 U-20 World Cup in Mexico. “We have a cohesive, talented and professional roster, ” he added.

The Americans are led by an experienced core of players, with Daniel Cuevas, Benji Joya, Mikey Lopez and Boyd Okwuonu all on 19 career U-20 caps. Jose Villarreal of LA Galaxy is the team’s top scorer, a consistent attacking threat with six goals in just nine caps to date.

While USA hope aim for top spot, Haiti and Costa Rica will be no pushovers in the section. The Haitians played six games without defeat in the Caribbean qualifiers and possess a level of speed and physical power that will be difficult to cope with at this age level. Costa Rica, for their part, finished as top points winners in the Central American qualifying rounds.

Group B is a wide-open affair, with very little to speak of between Canada, Cuba and Nicaragua. The Canadians have called up 11 Europe-based players and will be banking on the assured play of 19-year-old defender Doneil Henry of MLS side Toronto FC, who already has three senior team caps to his name. “It will be a difficult tournament,” said Canada coach Nick Dasovic. “Our goal for now is to make it to the quarter-finals which will give us a one-off chance to qualify for Turkey.”

Group C is also a tough one to pick, with Jamaica, Panama and Puerto Rico all in with a shout. The Jamaicans arrive in Mexico with six players from the U-17 side that reached the world finals in the country two years ago, including the outstanding Zhelano Barnes, Nico Campbell, Omar Holness, Romario Jones, Andre Lewis and Alvas Powell.

“When you look at the composition of the squad, a number of youngsters who were a part of the U-17 squad that went to the World Cup, from that unit, we have approximately 40 per cent that have made the transition to the U-20 team, and that speaks volume for the continuity of the program itself,” said coach Wendell Downswell.

Mexico will be hot favourites in Group D, with home-field advantage and pedigree guiding them. The Mexicans, reigning U-17 world champions, have been crowned CONCACAF champions at this age level 11 times and are current holders of the title.

They open their 2013 campaign against Curacao, minnows from the Caribbean region who were the last of the 12 teams to qualify, and required a coin toss to see them through the preliminary qualifying stages. The islanders will have nothing to lose up against the mighty Mexicans, while El Salvador, runners-up in the Central American qualifying rounds, take aim at second place.

The top two finishers from each of the four groups will move on to the quarter-final round, where they will face off for a place in the semi-finals and at Turkey 2013. The four CONCACAF qualifiers will join up with already qualified nations Australia, Iraq, Korea Republic, Uzbekistan, Croatia, France, Portugal, England, Greece, Spain, Chile, Paraguay, Colombia, Uruguay and hosts Turkey at the 19th U-20 finals. —- FIFA/Image © Getty Images