By Nadeesha Rathnayake, Porto, Portugal, Nov 02, 2018: A general lack of effective oversight and due diligence and weak regulatory framework on football club ownership and investment are the overall conclusions of the first phase of a global study jointly undertaken by the International Association of Lawyers (UIA) in partnership with the ICSS INSIGHT and the Sport Integrity Global Alliance (SIGA). 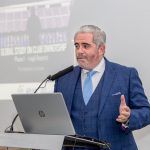 A team of lawyers from 25 countries, including top football nations, provided a robust and independent diagnosis of the legal landscape relating to football club ownership in their respective jurisdictions.

Shockingly, the preliminary findings reveal that only three countries have a dedicated body that has specific oversight of investment and ownership in its football clubs and only two nations are able to fully track and monitor the money behind club investments and ownership.

Meanwhile, the vast majority of countries do not have any mechanism in which to understand the source of a club’s investment and rely on generic laws with most ‘assuming’ that any financial scrutiny falls under the country’s existing club licensing system.

The preliminary results show a considerable lack of transparency across all levels of clubs with details of exact ownership and investment virtually invisible at the lower leagues and club levels.

Clearly, reform in this area is overdue to prevent unscrupulous individuals and criminal networks from purchasing clubs for non-sporting reasons, such as transforming them into vehicles for money laundering, third party investment funds and sports betting fraud.

• While 83% of countries have an obligation under national legislation to disclose club owners/investors’ identities, only the UK, Netherlands, Spain and Switzerland have some kind of structure/process with a role to monitor and control

• Publically available information regarding full ownership and investment structures is only available in Belgium, the Ukraine and in the UK

• Only five countries (Brazil, the UK, France, Portugal and the Ukraine) require by law the obligation to fully disclose club owners/investors in both professional and non-professional football clubs

• England and Italy are the only two countries that have a ‘fit and proper person’ testing requirement in place for club owners/investors. The majority, 70% of countries surveyed, do not have such validation process in place

• Only three countries (France, Italy and Switzerland) have a dedicated registry body to deal with club ownership

The second phase of the three-part study involves an analysis of the financial aspects followed by integrity and will be announced soon.

The study is part of the Financial Integrity and Transparency in Sport (FITS) Global Project – an initiative launched by ICSS INSIGHT (formerly ICSS EUROPE) in November 2014 to identify and address the emerging threats facing the financial integrity and transparency of sport and bring together stakeholders from all areas of the sports industry to drive long overdue reforms.

Key findings from the first independent report of the Financial Integrity and Transparency in Sport (FITS) Global Project include:

• There are vast and significant ‘dark spaces’ in the finances of football, which must be addressed to protect clubs, players and leagues from the growing threat of organised crime.

To access the first independent report of the Financial Integrity and Transparency in Sport (FITS) Global Project, please click here

“From my days as CEO of the European Leagues and World League Association, it was clear to me that, when it comes to football club ownership, there is a lack of a robust international regulatory framework and scrutiny.

This facilitates a promiscuous and permissive environment, exposing the beautiful game to unwanted criminal infiltration.

SIGA’s Universal Standards on Financial Integrity tackle the issue heads on and provide the map towards greater transparency and proper due diligence to protect the integrity and reputation of sport.”

As an expression of our commitment, this study sheds light into an area where risks have increased beyond imagination in recent years.

We will strive in this path, with passion, restless determination and enthusiasm, contributing actively for the good of sport, of its integrity and the sake of its future”.

“What most impressed me with the preliminary findings of the Global Study on Club Ownership is the lack of adequate and strong regulation regarding club ownership.

We have moved from TPO to club ownership and in fact the same problems such as influence, conflicts of interests and lack of integrity are still out there.”

Richard Weber, former Chief, head of the criminal investigation division of the IRS, on tax evasion in the US and Vice Chair of the SIGA Standing Committee on Financial Integrity states:

“I have spent the last twenty years fighting financial crime in the US.

Criminals will use and exploit the financial systems to commit crime.

What has changed is the sophisticated nature of the crimes and its global dimension, which is the main change in recent years.

We can see from the preliminary findings of the Global Study on Club Ownership that the loopholes from jurisdiction to jurisdiction make this fertile ground for criminals to operate.

The SIGA University Standards on Financial Integrity and corresponding Implementation Guidelines can assist in combating corruption and closing the regulatory gaps that currently exist.”

The preliminary findings show a need for a robust regulatory approach, with effective fit and proper owners’ tests in every country to close the loopholes that enable third party investment funds to conceal the identities of the ultimate beneficial owners.

There is a need for sports organisations to implement the SIGA Universal Standards on Financial Integrity, which offer an antidote to this problem.”

Without transparency we cannot adequately respond to the challenges facing sport.

As one of the Vice Chairs of the SIGA Standing Committee on Financial Integrity, this study goes to the heart of the problem: proof of origin of funds coupled with sound accounting and auditing practices.

SIGA is committed to pushing for reform on club ownership via the implementation of the SIGA Universal Standards and corresponding Implementation Guidelines.”