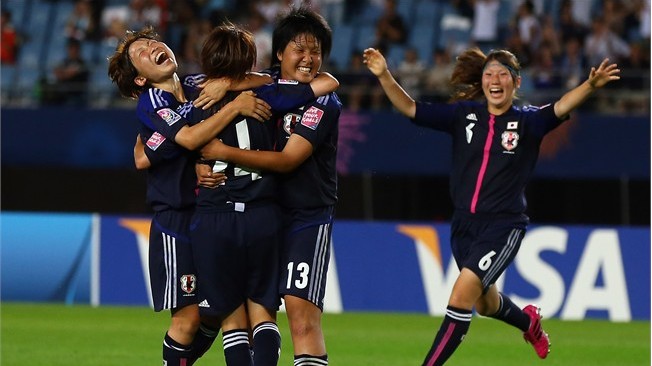 Miyagi/Saitama – Japan, August 20, 2012: Classy, FIFA U-20 Women’s World Cup hosts Japan got their campaign off to an impressive start with a 4-1 defeat of Mexico. The Young Nadeshiko were dominant throughout as Hanae Shibata, Hikaru Naomoto, Kumi Yokoyama and Yoko Tanaka put them into a comfortable lead, before Sofia Huerta struck a late consolation goal.

Japan were quick out of the blocks, with Naomoto’s shot striking the bar, but an organised Mexico largely kept the hosts at bay, restricting them to just a number of off-target efforts.

However the deadlock was broken just after the half hour mark, with Shibata capitalising on an almighty scramble in the Mexican penalty box after a poor clearance by Cecilia Santiago, with her resultant shot deflecting in. Tanya Samarzich looked to draw things level with a shot from distance, but Sakiko Ikeda was equal to it leaving El Tri trailing at the break.

Samarzich had another effort soon after restart, but it took only 11 minutes of play to see their deficit widen. Naomoto was on hand to make it 2-0 with a fantastic right-footed effort from distance which Santiago couldn’t keep out. The game was all-but put to bed by another long range strike, this time by a stunning Yokoyama effort into the top corner with 13 minutes remaining, to allow coach Hiroshi Yoshida and the home fans to relax.

Japan’s fourth came from the penalty spot, with Tanaka converting, while Huerta pulled one back for Mexico during injury time after goalkeeper Sakiko Ikeda spilt a cross under heavy pressure.

“Our frame of mind in this tournament is that Japan is leading women’s football in the world,” said Japan coach Hiroshi Yoshida. “Solidarity is important, but I want to see more of a “look at me” attitude and for each player to improve individual techniques and skills and aspire to become a player at a higher level. If such individuals form a team and thrive to attain the same goal, the teamwork and the result should follow.” (4:1) 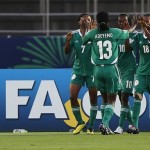 New Zealand got their FIFA U-20 Women’s World Cup off to a winning start as they saw off Switzerland 2-1 in Miyagi.

Evie Millynn and Rosie White provided the goals as the All Whites struck either side of half-time to triumph in the 150th game in U-20 Women’s World Cup history, with Eseosa Aigbogun grabbing a late consolation goal. Both sides came into the game on the back of losing streaks at this level, with Switzerland the more alarming having lost six on the trot, and it was the Oceanic side who began quickest.

Just three minutes were on the clock when Rebecca Burrows’ close range header forced Swiss goalkeeper Pascale Kuffer into a fine stop with her legs. Carmen Pulver came close for the Europeans soon after, her strike from outside the box whistling just over.

With half-time approaching New Zealand struck. Olivia Chance made an excellent run down the left, before driving a cross across goal which left Kuffer stranded, allowing Millynn to slide the ball home. White struck quickly after the break to leave the Kiwis in a commanding position, taking advantage of an out of position Kuffer to strike spectacularly from distance.

Switzerland passed up chances to peg their opponents back, with Cora Caneta and Aigbogun both squandering opportunities, before combining in stoppage time for the latter to score, but it was too little too late.

“In the previous tournament, we played very offensively, but nevertheless, not only that we weren’t able to score goals, we allowed multiple goals to our opponents,” said Switzerland coach Yannick Schwery.

Italy were denied a winning return to the FIFA U-20 Women’s World Cup after an eight-year absence as Brazil grabbed a dramatic injury-time equaliser through Amanda in Saitama. A hard-fought and physical encounter was punctuated by two very different, yet equally spectacular, goals from Italy’s Elena Linari and Brazil’s Amanda.

The first half saw few openings as the hungry opponents battled it out, with the sapping humidity in the Komaba Stadium not helping proceedings. Italy defender Linari broke the deadlock by crashing a powerful free-kick into the top corner from all of 30-yards giving goalkeeper Daniele no chance.

Brazil started the second half with renewed vigour and Ketlen, twice, as well as captain Thais Guedes, each pushed efforts narrowly wide within a 90-second period. The Azzurrine’s hopes suffered a blow as substitute Federica Di Criscio was dismissed with a quarter of an hour remaining after two yellow cards in quick succession.

Brazil increasing dominated possession and their opponents’ under-pressure defence eventually gave way, though it took a stunning individual strike to do so. Two minutes into injury time Amanda burst into the penalty area on the left, flicked a ball over a defender, before unleashing a volley over the stranded goalkeeper from an acute angle for a goal worthy of any stage.

“We felt confident against Brazil, for no special reason,” said Italy coach Corrado Corradini. “We know Brazil is very technical, very fit and strong, but we just believed we could stop them. We know we are not strong mentally, there are a lot of weaknesses.”

A goal in each half saw Nigeria commence their 2012 FIFA U-20 Women’s World Cup campaign with a 2-0 victory over Korea Republic in Saitama to take an early lead at the top of Group B. Ngozi Okobi opened the scoring on the quarter-hour mark, while Desire Oparanozie extended the advantage midway through the second period.

The Nigerians, backed by a buoyant and colourful band of supporters, went ahead following smart work from Francisca Ordega on the right side of the box, with the midfielder playing a perfect low ball across the face of goal for Okobi to score. With Okobi, Ordega and Oparanozie all dangerous in possession, Nigeria provided a regular threat, although Korea Republic, with their short-passing game in evidence, provided a tough opponent for the 2010 runners-up.

However, Korea Republic suffered a massive blow in the latter stages of the first half with midfield schemer Yeo Minji, the 2010 FIFA U-17 Women’s World Cup adidas Golden Ball winner, forced off with injury.

Nigeria claimed a deserved second with Ebere Orji’s cross into the penalty finding Oparanozie who scored with a stylish header. Late chances went the way of Esther Sunday but Nigeria had to make do with a 2-0 scoreline.