Zurich, Mar 27, 2017: Following a week-long inspection tour of the six venues chosen for the FIFA U-17 World Cup India 2017, and with less than 200 days to go until the footballing talents of the future compete on the pitch, FIFA and the Local Organizing Committee (LOC) have released the official match schedule and unveiled the tournament slogan. 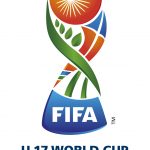 The tournament will start in New Delhi and Navi Mumbai with the first double headers being held on 6 October. The quarter-finals will be in Goa, Guwahati, Kochi and Kolkata, while Guwahati and Navi Mumbai will host the semi-finals. The final of the FIFA U-17 World Cup India 2017 will be held in Kolkata’s iconic Salt Lake Stadium.

Speaking at the announcement of the match schedule, Head of FIFA Tournaments, Jaime Yarza said: “The FIFA U-17 World Cup is an exciting milestone for the growth of football in India and it has now reached a very important stage. The match schedule has been created following a thorough analysis of players’ health, competition format, team movements, weather, local festivities, geography and other factors. Each venue will host at least eight matches, and we took existing infrastructure into account, as well as local enthusiasm, when allotting the matches.”

LOC Tournament Director Javier Ceppi added while introducing the official slogan: “This is the first time that India is hosting a FIFA tournament. It will be also the first time an Indian team will play in a FIFA competition. In recognition of the increasing excitement about the beautiful game in India, ‘Football Takes Over’ was the first and most fitting choice as the Official Slogan for the tournament. Soon we will open ticket sales and fans will have great opportunities to attend matches at discounted rates. We are expecting huge interest from football fans in this historical FIFA U-17 World Cup in India.”

Tournament hosts India automatically secured their place in the competition. Additional countries from the Asian Football Confederation (AFC) to have qualified for the FIFA U-17 World Cup are: Iran, Iraq, Japan and Korea DPR. The qualified teams from South America (CONMEBOL) are: Brazil, Paraguay, Chile and Colombia, followed by New Caledonia and New Zealand of the Oceania Football Confederation (OFC). Teams representing countries from Europe (UEFA), North and Central America and the Caribbean (CONCACAF) and Africa (CAF) will qualify in the coming months.