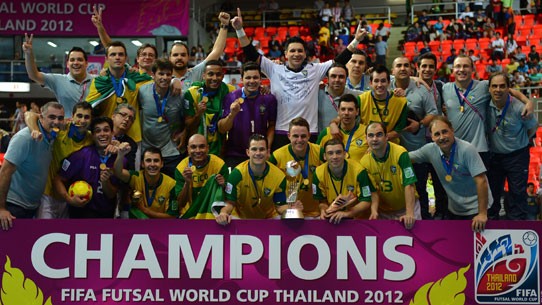 The Golden Ball will be awarded to the best player in the final competition on the basis of a ranking compiled by the FIFA Technical Study Group.

The Golden Glove is awarded to the best goalkeeper on the basis of a ranking compiled by the FIFA Technical Study Group present at the FIFA Futsal World Cup Thailand 2012.

This award is awarded to the team with the best fair play record, according to a point system and criteria stipulated in the Regulations of the FIFA Futsal World Cup Thailand 2012.

Please find attached the document with further details of this and all the official FIFA Awards for the FIFA Futsal World Cup Thailand 2012. —- FIFA/ Photo by Lars Baron – FIFA/FIFA via Getty Images