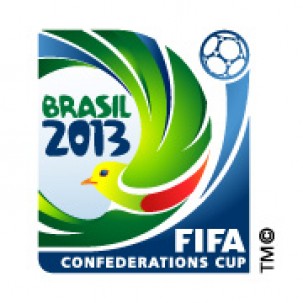 August 30, 2012: The biggest metropolis in Latin America will play a very important role in the FIFA Confederations Cup organisation. Although São Paulo is not among the six cities that will host matches in 2013, the economic capital of Brazil will stage the competition’s draw, on 1 December 2012. The draw is considered to be a test-event for the Local Organising Committee (LOC) and FIFA, besides representing an interesting opportunity of promotion to the world and planning for the eight participating member associations.

There are 11 million people living in São Paulo. Its cosmopolitan atmosphere is guaranteed by 3 million immigrants from 70 nationalities. There are many leisure opportunities: the city features 110 museums, 64 parks, seven football stadiums and an international race track. São Paulo is also the main business tourism destination in Brazil, hosting in average one event every six minutes and one business expo every three days.

The site chosen to host the FIFA Confederations Cup draw is the Anhembi Complex, located in the North Zone of São Paulo. The main hall will be at “Palácio das Convenções”, which offers a total area of 36m2, auditoriums able to welcome from 116 to 2,253 people, five halls and four modular rooms.

“We chose Anhembi given its size and versatility. We are expecting 1,000 people attending the event, among FIFA delegates, football icons and journalists from Brazil and abroad”, explains the executive director of strategic planning and support to operations, Joana Havelange.

Complex located in the largest city in Latin America offers the size and versatility required by the event, which should bring together 1,000 participants, including 300 journalists

The event organisers are prepared to welcome 300 journalists. The media centre will be located at a hotel immediately next to “Palácio das Convenções”. The press facilities will be available from 27 November 2012 to 2 December 2012 and include 200 work stations, press conference room with a 350 people capacity and exclusive area for photographers. At the media centre there will be free Internet connection and, as usual in FIFA events, rate cards will also be available.

At the draw hall, photographers’ positions and 150 places for the media were secured. There will be simultaneous translation during the event and the press conferences. Transportation services to the official hotels will also be provided. The parking lot supporting media and guests’ vehicles will be at “Sambódromo”, where Carnaval in São Paulo takes place. The warehouse providing all the logistic support to the event will be located at the same site. —- FIFA