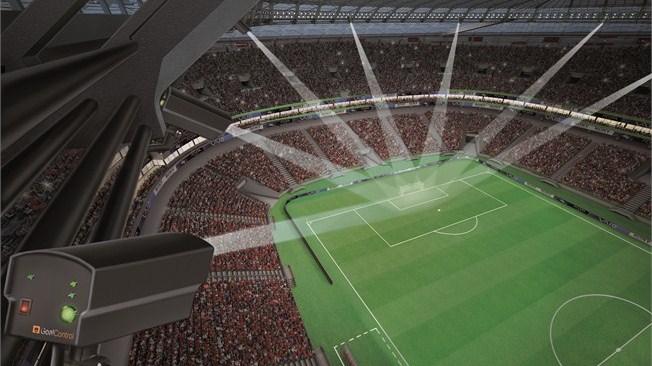 Zurich, April 06, 2013: The use of goal-line technology (GLT) at the FIFA Confederations Cup 2013 moved a step closer today, with FIFA confirming the appointment of GoalControl GmbH as the official GLT provider for the tournament.

The announcement follows a comprehensive tender process that began in February and involved bid presentations at the Home of FIFA in Zurich as well as site inspections in Brazil. As part of the tender, GoalControl GmbH is also set to be GLT provider for the 2014 FIFA World Cup Brazil™ provided that the performance of the system during this year’s Festival of Champions meets all necessary FIFA requirements.

The Germany-based company, which uses 14 high-speed cameras around the pitch as part of its GoalControl-4D system, was selected ahead of the three other FIFA-licensed GLT providers who participated in the tender.

While all four companies had previously met the stringent technical requirements of the FIFA Quality Programme, the final decision was based on criteria relating more specifically to the tournaments in Brazil, including the company’s ability to adapt to local conditions and the compatibility of each GLT system in relation to FIFA match operations. The respective bids were also judged on cost and project management factors such as staffing and time schedules for installation.

Following a thorough analysis of the final proposals, FIFA appointed GoalControl GmbH as GLT provider on Tuesday, 2 April, and notified all participating companies of the decision.

The use of GoalControl-4D in Brazil is subject to a final installation test at each stadium where the system will be installed, which is a standard procedure as part of the official certification process defined in the GLT Testing Manual. These tests will be conducted by an independent test institute. Prior to the start of every match, the match officials will also carry out their own tests, in-line with the operational procedures first implemented at the FIFA Club World Cup 2012 in Japan.

FIFA will now liaise with GoalControl GmbH to define the timeline for installation leading up to the FIFA Confederations Cup.

The tournament will mark the second time GLT has been used at a FIFA competition, after the successful implementation of the technology at last December’s FIFA Club World Cup. This followed the historic decision by the International Football Association Board (IFAB) to approve the principle of using GLT during a special meeting on 5 July 2012.

A media event is scheduled to take place in Brazil prior to the event with a demonstration of the GoalControl-4D system. Further details will be communicated to journalists in due course. —- FIFA