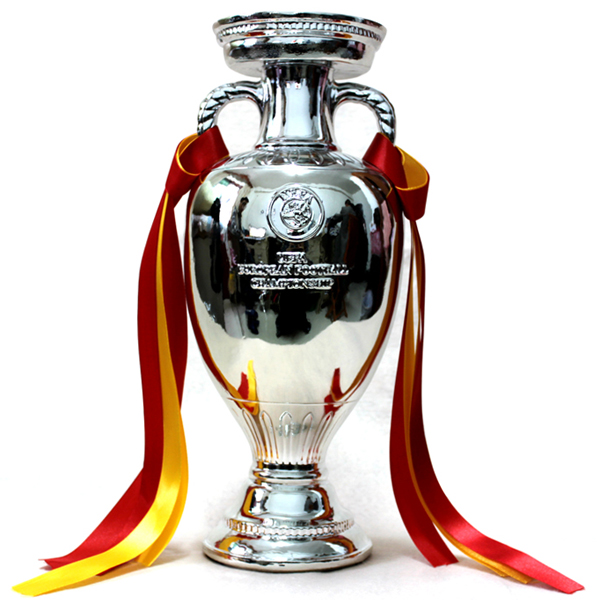 The first European Nations’ Cup – as the competition used to be called – took place from 1958 to 1960 with 17 participating associations. A preliminary round had to be staged as qualifying matches were at the time contested on a simple knockout basis – home and away, with the final round hosted by one of the four semi-finalists.

For the second edition, from 1962 to 1964, the number of participating associations rose from 17 to 29. The format stayed the same.

This competition format meant that half the teams which entered played only two matches before being eliminated. The knockout system was abandoned in favour of a championship format for the 1966–68 edition and the European Nations’ Cup became the UEFA European Football Championship. This change in format resulted in a record 31 teams entering. Divided into eight groups for the qualifying stage, the knockout system applied as from the second round.

As this new competition format proved satisfactory, it was retained for the following two European Championships.

For the sixth edition, from 1978 to 1980, additional changes were made to the format. The number of finalists was doubled (2 groups of 4 teams) and Italy chosen to host the final round, giving the Italian team automatic qualification.

For the 1994–96 edition, the number of final round participants was increased to 16 and the “golden goal” rule introduced. The first team to benefit from this new rule was Germany, when Bierhoff scored in the 116th minute of the final against Czech Republic. The golden goal was, however, abandoned after two editions.

UEFA EURO 2012 is the 14th final round of the UEFA European Football Championship and the last with 16 participants before the tournament expands to 24 teams in 2016.

The new Henri Delaunay trophy was unveiled to the media in the Stravinsky auditorium in Montreux, Switzerland, on 26 January 2006, the day before the UEFA EURO 2008 qualifying draw. Unlike its predecessor, the new trophy does not have a marble plinth but it has been enlarged to reflect the growth in the competition’s importance over the years. The style and shape remain the same. The new trophy was produced by London-based silversmith Asprey.

The trophy is made of sterling silver, is 60cm high and weighs 8kg. The names of all previous European Championship winners are engraved on the back. Courtesy: UEFA/FAME