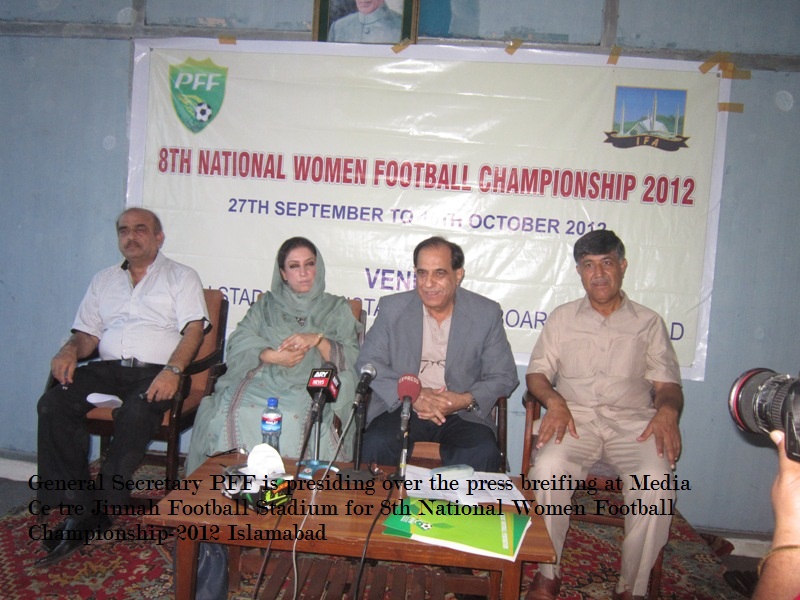 Islamabad – Pakistan, Sept 27, 2012: 8th National Women Football Championship-2012 will commence on 28th September 2012 at Islamabad. Sixteen teams from all over Pakistan shall participate in the championship. This championship has been divided in four different groups. These details were express by General Secretary Pakistan Football Federation (PFF), Lt. Col. ® Ahmed Yar Khan Lodi TI (M) during the press briefing at Media Centre of Jinnah Football Stadium, Islamabad.

Ahmed Yar Khan Lodhi reiterated that PFF is putting all its energy in the development of the youth. This gesture will encourage the players to put in their best efforts in the game and bring credit to the nation. The announcement by the president PFF has been welcomed whole heartedly by the participating teams and football lovers all over the country. They feel that increased Prize Money and incentives will be beneficial for the promotion of the game of football lovers of Pakistan.