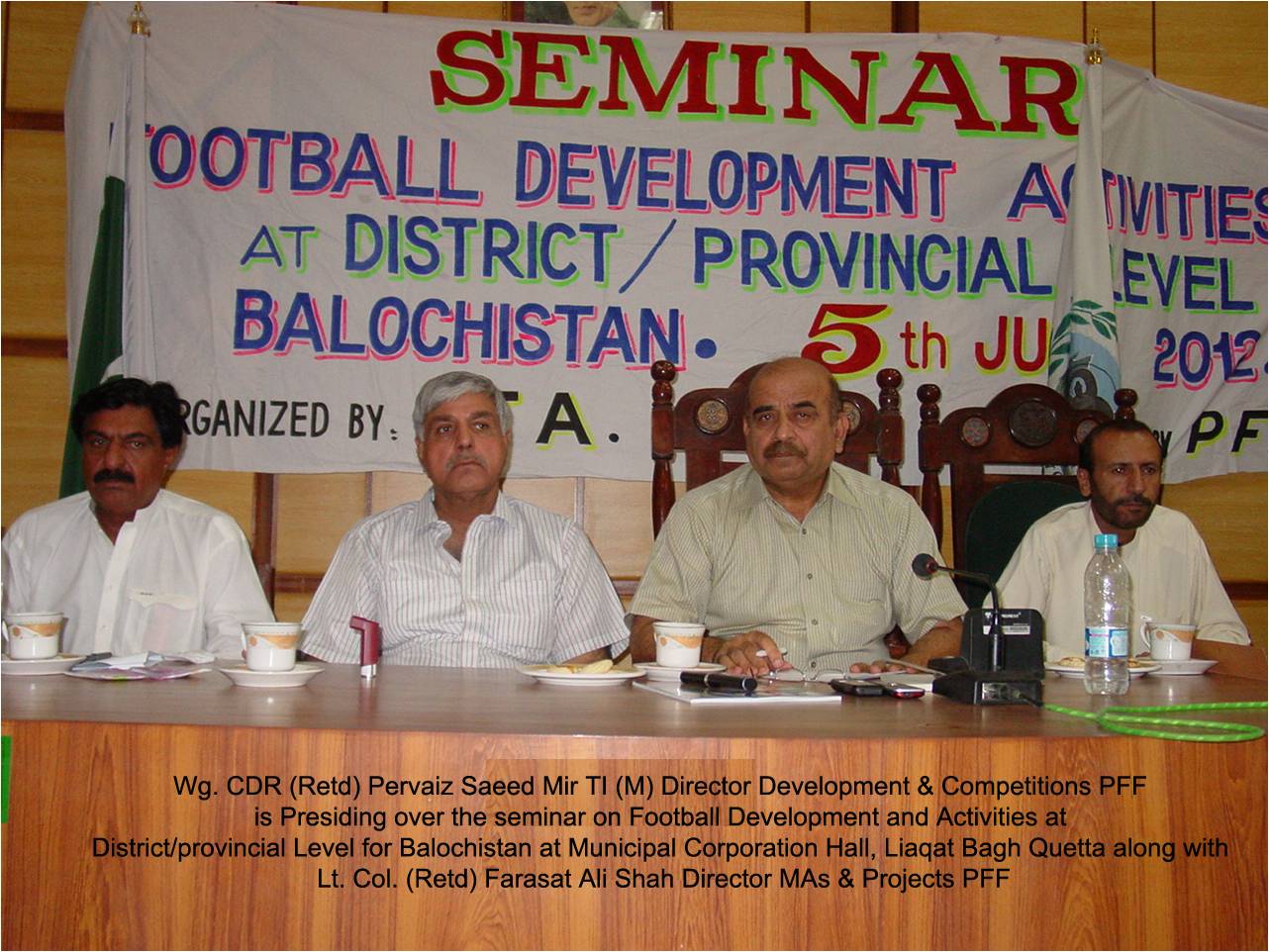 Quetta – Pakistan, July 05, 2012: Baluchistan, Since 2004 Pakistan Football Federation (PFF), under the dynamic leadership of Makhdoom Syed Faisal Saleh Hayat, had been carrying out all football activities centrally based upon PFF Annual Calendar. Resultantly, PFF was able to carry out 30 times more activities in last 8 Years as compared to the corresponding eight years of the old PFF set up”. This was stated by Director Development & Competition PFF, Wing Comd. ® Pervaiz Saeed Mir in a seminar on “Football activity at District/Province level for Baluchistan at Municipal Corporation Hall, Liaqat Park, Quetta.

According to the press release issued here by PFF, the main purpose of this seminar is to help representative provinces and districts to carryout their own football activities including districts and provincial leagues, women leagues and youth football development activities, PFF has decided to hold subject seminar in all the four provinces and this is the fourth seminar for Baluchistan province convened at Municipal Corporation Hall. Quetta attended by all the presidents and general secretaries of all district football associations of Baluchistan.

Mr. Mir said that in order to further accelerate football activities, PFF congress decided in its meeting held on 17th September, 2011, that in next 4 years, Provincial and District Football Association must carryout their activities by generating financial resources themselves.

To address the problems at district level, participants put forward a series of recommendations regarding the long-term development of football at district level, which focused on improving the governance of the sport; raising the standard at grassroots, youth and female teams; improving training for young players; upgrading football facilities and establishing football training centers. The participants of the seminar come to the conclusion that provincial football associations should take a leading role in local football development, with the District Government providing appropriate support in a well-coordinated manner, including the allocation of resources and the development of football venues. ____ PFF