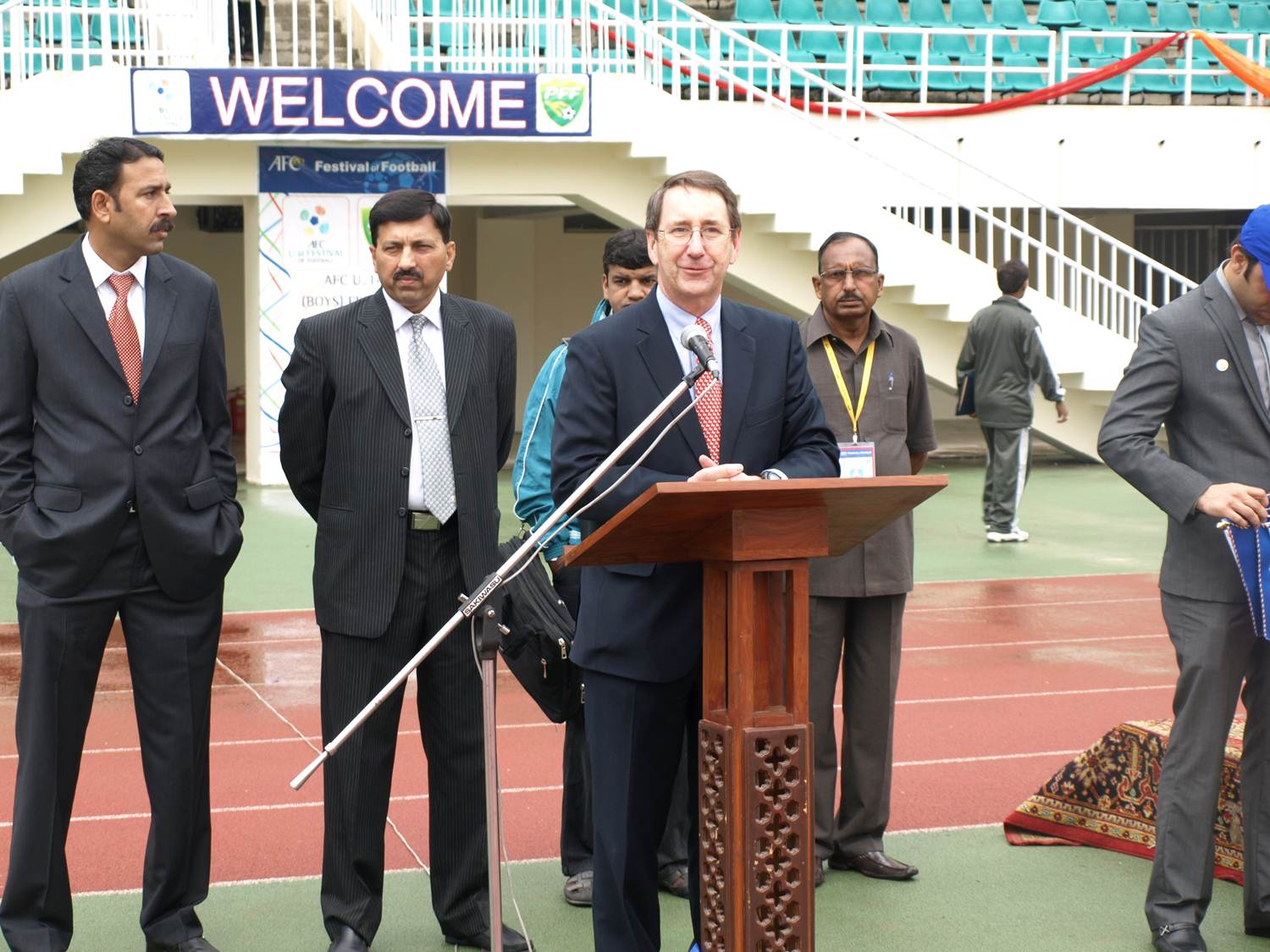 Islamabad-Pakistan. April 11, 2012: The Under-14 (Boys) Festival of football has been launched on Wednesday at Jinnah Stadium Islamabad in a most colorful manner. The opening ceremony was started with the passing out parade of the participating teams of Pakistan, Pakistan A, Tajikistan and Afghanistan. The opening ceremony was witnessed by a large gathering of football fans (AFC U14 Boys).

Paul Molloy, the Australian Deputy High Commissioner who was the chief guest at the ceremony said that encouraging young people of both sexes to become involved in sports is a main aim of the Australian Sports Outreach Program (ASOP). We also hope that the PFF’s initiatives will have important spill-over effects on the wider community, such as promoting health and well-being, and enhancing social cohesion. Such activity reflects the true spirit of our mutual goal for the enhancement of sport activity among our youth,

AFC’s Project Manager John Vittal said: “I would like to advise the participating teams to take advantage of this opportunity offered to you. All teams should establish friendly relations with each other for updating their knowledge and developing new skills through such festival”.

General Secretary, PFF, Ahmed Yar Khan Lodhi TI (M), speaking at the inauguration ceremony said that AFC U-14 (Boys) Festival of Football will benefit the Pakistani football in all aspects of the game. “I would like to thank AFC for providing this opportunity to Pakistan and I am hopeful that this will boost PFF drive for improvement of football in Pakistan”, Mr. Lodhi added.

Pakistan who has been given the rights to host the AFC U-14 (Boys) Festival of Football 2012 for the Central region is prepared for both the organising of the event and their own participating team. The Festivals are less about competition and more about providing an arena for talented juniors from their respective regions to play against each other and forge bonds of friendship. The first week of the Festival is more focused on educating the coaches and referees to prepare them for the matches in the second week.