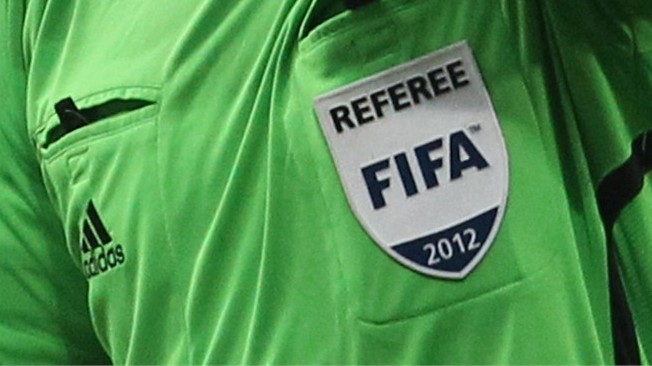 Zurich-Switzerland, April 19, 2012: The FIFA Referees Committee under the chairmanship of Ángel María Villar Llona has confirmed the appointment of 84 officials from 36 countries to officiate at the Olympic Football Tournaments London 2012. For the men’s competition, 16 referees and 32 assistant referees have been selected from FIFA’s six Confederations, whilst for the women’s tournament, 12 referees and 24 assistant referees will be on duty (Officials appointed).

For the men, London 2012 represents the first step on the road to the 2014 FIFA World Cup in Brazil. Massimo Busacca, Head of FIFA Refereeing explained the concept behind the selection of the officials, having himself refereed at two FIFA World Cups, Euro 2008, and the 2009 UEFA Champions League Final.

“The FIFA Refereeing team works just like the technical staff of a national football team, and we are the Head Coach” said Busacca. In addition, a team of technical instructors – former international referees – fitness instructors, physiotherapists and Sports Scientists (including from F-MARC) will regularly review the best referees before selecting the best possible officials for FIFA’s forthcoming competitions.

The final men’s Olympic berth will be decided on Monday evening when Oman take on Senegal in a play-off at Coventry City. England’s Howard Webb will take charge of this match, with his Assistants Stephen Child and Mike Mullarkey. Martin Atkinson is the Fourth Official.

FIFA’s Head of Women’s Refereeing Sonia Denoncourt knows what it’s like to be in the spotlight herself at major tournaments, having refereed at three FIFA Women’s World Cups and two Olympic Football Tournaments.

“The bulk of the female referees who have been appointed for the 2012 Olympic Games will be familiar faces from last summer’s FIFA Women’s World Cup in Germany and are at the top of their profession” explained Denoncourt.

“Whilst the technical quality in the women’s game has improved massively on the pitch in the last 15-20 years, our responsibility is to ensure the standard of officiating improves at the same time.”

For the full lists of both men’s and women’s officials for the London 2012 Olympic Football Tournaments, please click on the below links.