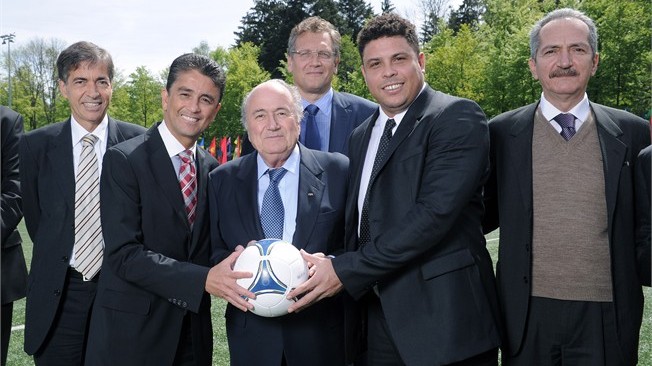 Zurich-Switzerland, May 08, 2012: 2014 summit, The respective heads of FIFA, the Local Organising Committee and the Brazilian government as represented by the Ministry of Sport today successfully concluded the first joint summit on preparations for the 2014 FIFA World Cup™ in Zurich. “Today was a historic day at the Home of FIFA in Zurich. This summit represented a strong signal from the Brazilian government that it is fully committed to our partnership and shared responsibility to stage the most successful FIFA World Cup ever. We have today laid the foundations for achieving our joint goal in an atmosphere of mutual cooperation and trust,” explained FIFA President Joseph S. Blatter, who opened and closed the meeting.

During more than five hours of constructive discussions and open dialogue, the delegations of FIFA (headed by FIFA Secretary General Jérôme Valcke, FIFA Executive Committee member Marco Polo Del Nero and various directors), the 2014 LOC (represented by chairman José Maria Marin, Ronaldo and Bebeto) and the Brazilian government (led by Sports Minister Aldo Rebelo, Executive Secretary Luis Fernandes and ministry office chief Luís Paulino) plotted a detailed road map with concrete measures aimed at addressing the challenges identified to ensure efficient preparations. These measures drew on in-depth reports drawn up by the technical teams of the Brazilian government, FIFA and the LOC to analyze the status of the preparations, ranging from stadiums to general infrastructure.

*For an update on the status of preparations, please click on the link to the right.

As the first concrete step of this operational unity, Luis Fernandes from the Ministry of Sport has been appointed as a permanent representative of the government under the leadership of the Local Organising Committee. Also joining the LOC will be FIFA’s Brazilian Executive Committee member Marco Polo Del Nero. Under this new composition, the respective leaders of FIFA, the LOC and the government will also now meet every six weeks for a status report.

“The Brazilian government is proud and determined to fulfill all our commitments to the 2014 FIFA World Cup and to support FIFA and the LOC wherever needed to overcome any challenges, which will be handled by our experienced team led by Luis Fernandes,” said Minister Rebelo, who added: “Our aim today was to establish solidarity among everyone responsible for organising the FIFA World Cup. We have accomplished this mission. FIFA and the LOC can count on the government as a committed partner. We will work hard together without wasting any time to stage an unforgettable event.”

The next joint FIFA, LOC and government meeting is scheduled to take place in Brazil at the next LOC board meeting in the last week of June. Image © Foto-net