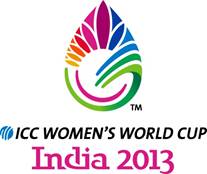 Dubai, Dec 03: Host India will open the ICC Women’s World Cup at the Wankhede Stadium in Mumbai next year, where the India men’s team won the ICC Cricket World Cup 2011 last April, against the West Indies on 31 January 2013.

The International Cricket Council (ICC) today released the schedule and format of the ICC Women’s World Cup India 2013, to be held in Mumbai from 31 January to 17 February 2013, and holder England will begin its trophy defence also at Wankhede Stadium – against Sri Lanka on 2 February.

Beaten finalist at the ICC Women’s World Cup 2009 in Australia was New Zealand and it opens its campaign against South Africa, also at Wankhede Stadium on 1 February.

The top eight women’s sides in the world will battle it out to be crowned ICC Women’s World Cup champion across five venues. Holder England, along with New Zealand, Australia and India all qualified for next year’s event by virtue of finishing in the top four of the ICC Women’s World Cup 2009.

Joining the top four will be the top four sides from the ICC Women’s World Cup Qualifier 2011, which was held in Bangladesh in November last year. Winner West Indies, along with Pakistan, Sri Lanka and South Africa make up the remaining places in the tournament.

The eight teams have been divided into two groups of four, with the top three progressing into the Super Sixes stage of the tournament.

A total of 25 matches will be played across five venues in Mumbai – Wankhede Stadium, Bandra Kurla Complex (BKC), Cricket Club of India (CCI), Middle Income Group Club Ground (MIG) and DY Patil Stadium – with CCI scheduled to host the final of the tournament on 17 February in a day/night ODI.

The ICC’s official broadcast partner Star Cricket will broadcast 10 of those 25 matches in high definition. The 10 matches that will be broadcast will be a selection of those played at the Wankhede Stadium and the Cricket Club of India, including of course the final on 17 February.

Upon the announcement of the schedule, ICC President Alan Isaac said: “The ICC Women’s World Cup is the pinnacle of women’s cricket and to have India hosting the top eight women’s sides in the one-day format is a real boost to women’s cricket in this part of the world.

“This will be the third time that India has staged the Women’s World Cup but this could be by far the most significant. I feel that we are on the verge of a massive sea change in the women’s game and where better for that to take place than in the great city of Mumbai.

“I would like to thank Star Cricket for the backing we receive and I am delighted that they are committed to screening 10 of the ICC Women’s World Cup matches live and so will spread the gospel of the women’s game around the globe.”

Tournament Director, Suru Nayak added: “We are delighted to be hosting the ICC Women’s World Cup and hope all the teams are looking forward to taking part in an exciting tournament here in India.

“The tournament will be played in the city of Mumbai, which holds a special place in the history of the sport. The world’s leading female cricketers will display their skills on grounds where some of the greatest cricketers of all time have practically grown up.

“I’m sure the people of Mumbai and all of India will get behind the event and show their support not only to the India women’s team but also all the visiting sides for the event.

“We have no doubt that the tournament will feature aggressive and attractive cricket, with all the teams playing to win. Mumbai crowds have always enjoyed good cricket which has been played in its city over the years.”

Notes: All day matches begin at 0900 while day/night fixtures begin at 1430 India time.

Matches highlighted in green will be broadcast live on Star Cricket

Provided they qualify, each of the top three teams will retain its ranking from the group stage through to the Super Sixes, regardless of their finishing position in the group. For example, England will be ranked A1 whether they finish first, second or third at the end of the group stage. If the fourth ranked team in a group qualifies for the Super Six stage, they will adopt the ranking of the team that they have replaced. For example if Sri Lanka qualifies at the expense of England, Sri Lanka would follow the fixtures for A1 in the Super Six stage.