Home  »  CRICKET   »   Sangakkara returns to the top of the world 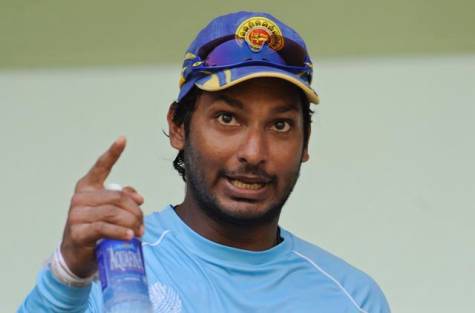 Dubai, July 05, 2012: Sri Lanka’s Kumar Sangakkara has reclaimed the number-one batting spot from West Indies’ Shivnarine Chanderpaul in the Reliance ICC Player Rankings for Test batsmen after another big century against Pakistan in the second Test that ended in a draw at the Singhalese Sports Club (SSC) in Colombo on Wednesday.

Sangakkara, who entered the Test trailing Chanderpaul by six ratings points, earned 42 ratings points for his magnificent 192 that has put him 36 points clear of the West Indian and just eight points short of once again returning to the 900 points mark.

The 900 points mark is an indication of true quality as to achieve it, a player has to be among the very best over a protracted period, something confirmed by the fact only 25 players (including Sangakkara) in Test history have got there.

Sangakkara’s career-best 938 ratings points, which he achieved against England in Kandy in 2007, has already put him alongside Sir Garry Sobers in sixth position on the Reliance ICC best-ever Test Championship Rating list.

The 34-year-old from Matale, who scored 199 and one in the Galle Test last week, has already collected 113 ratings points in two Tests and the form he is enjoying indicates that this tally will only rise. A repeat of the SSC Test performance in the third Test starting in Pallekele from Sunday will potentially help him move further up the order in the all-time ratings list.

Sangakkara’s consistency for a prolonged period can be judged by the fact that he hasn’t dropped outside the top 10 after entering the select group in July 2006, following his 287 in a world record 624-run third wicket partnership with Mahela Jayawardena (374) against South Africa in the SSC Test, which the home side won by an innings and 153 runs.

Sangakkara, who first topped the batting chart in December 2007, last surged to the top of the table in November 2011 before slipping down the order earlier this March after managing scores of naught and 14 against England in the Galle Test.

Apart from Sangakkara, Tillekeratne Dilshan, Mohammad Hafeez and Azhar Ali also scored big hundreds and, as such, have made upward movements.

Dilshan scored 121 and added 225 runs for the second wicket with Sangakkara. For this effort, the opener has been rewarded with a jump of five places which puts him just outside the top 20 in 23rd position.

Pakistan’s Azhar Ali stroked a superb 157 and featured in a 287-run second wicket partnership with opener Mohammad Hafeez. This effort has earned Azhar 39 ratings points which lift him six places to 13th position.

Hafeez, who scored a brilliant 196, collected 44 ratings points and has moved up six places to 30th position.

Other batsmen to head in the right direction include Misbah-ul-Haq in 11th (up by three places) and Taufeeq Umar in 40th (up by six places).

There are no big movers inside the top 20 in the Reliance ICC Player Rankings for Test bowlers except Pakistan’s Abdul Rehman who has climbed two places to 11th following his five wickets in the match.

Outside the top 20, Pakistan’s left-arm fast bowler Junaid Khan, who picked up the man of the match award for his five for 73 in the first innings, has vaulted 17 places and now sits in 42nd position. This is his career-best ranking.

The bowlers’ list is headed by Dale Steyn of South Africa with Pakistan’s Saeed Ajmal in second position. Sri Lanka’s Rangana Herath is sitting in fourth place, 48 points behind the Pakistani and 20 points behind England’s third-ranked James Anderson. ____ ICC