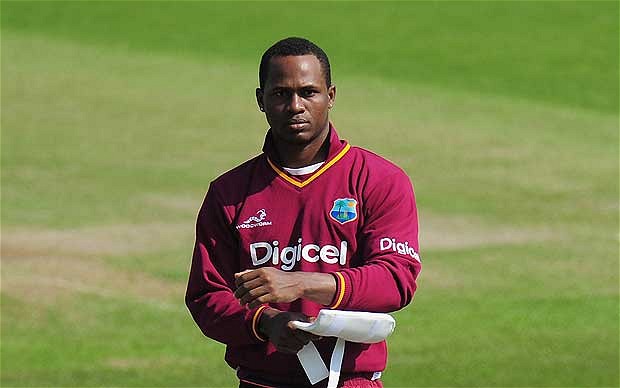 In the latest rankings, which were released after the one-off match between Bangladesh and West Indies, Samuels moved up 13 places to sixth position with a career-best ratings point of 723. Samuels was declared the man of the match for his 43-ball 85 not out as the ICC World Twenty20 champions won by 18 runs.

Samuels has also moved up four places in the bowling charts to 56th, while a combination of his batting and bowling exploits have helped him climb seven places to share third spot in the all-rounders’ category with team-mate Chris Gayle.

The other major mover in the batting table was Bangladesh opener Tamim Iqbal who struck an unbeaten 88 in his side’s unsuccessful run chase. Tamim has moved up 19 places to 26th while Bangladesh vice-captain Mahmudullah, who remained unbeaten on 66, has moved up 36 places to 101st spot.

West Indies batsmen to head in the right direction include Kieron Pollard in 48th (up by one), Dwayne Smith in 60th (up by five), Lendl Simmons in 62nd (up by four) and Darren Bravo in 74th (up by 21).

There is no major change in the Reliance ICC Player Rankings for T20I bowlers, although Abdur Razzak has slipped one position to 11th while an injured Shakib Al Hasan has dropped three places to share 16th position with England’s T20I captain Stuart Broad. The table is still headed by Pakistan’s Saeed Ajmal, followed by England off-spinner Graeme Swann in second place and Ajantha Mendis in the third spot.