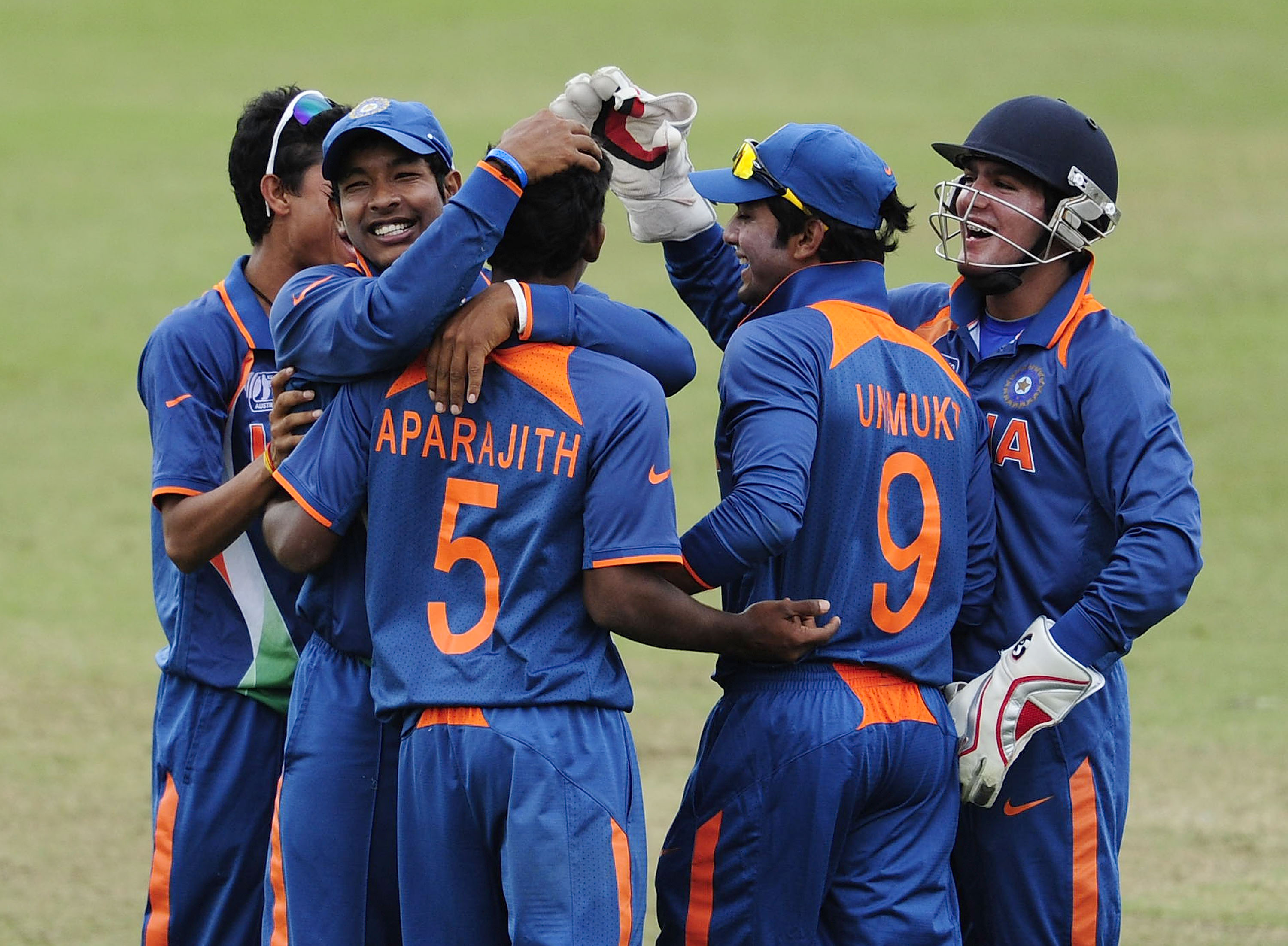 Brisbane, August 20, 2012: rival, India held on to clinch an enthralling one-wicket win against rivals Pakistan, while New Zealand snatched a win from the jaws of defeat over an in-form West Indies at Endeavour Park.

At the Tony Ireland Stadium, India and Pakistan, played out a typically tense match in front of ESPN STAR Sports’ HD cameras and a massive worldwide TV audience. India lost wickets at regular intervals in its chase of Pakistan’s total of 136. In the end, India’s last pair of Harmeet Singh and Sandeep Sharma held their nerves to help their team across the line with one wicket to spare.

India and New Zealand will now play in the second semi-final at Tony Ireland Stadium on Thursday (23 August) in front of ESPN STAR Sports’ HD cameras.

Australia had registered a hard-fought five-wickets win over Bangladesh in its quarter-final at the Endeavour Park in Townsville on Sunday 19 August, while South Africa had beaten England by 103-runs in the other quarter-final in front of ESPN STAR Sports’ HD Cameras.

Chasing the West Indies total of 237, New Zealand looked set to dip out of contention for the semi-finals when it reached the 40th over with 89 runs to get from 60 balls.

But crucially, at 149 for four, New Zealand had wickets in hand, with a set batsman, Robert O’Donnell, and a stroke-maker in the form of wicket-keeper Chad Fletcher.

When O’Donnell was dismissed for 42 (83b, 2×4) in the 42nd over, all-rounder Connor Neynens joined Fletcher and it was that pair that delivered in overs 45 and 46, with 15 and 14 runs plundered off the bowling of Jerome Jones and Kyle Mayers respectively.

The India-born Sodhi displayed nerves of steel to hammer a four of the first ball, a six off the fourth ball and a four off the last ball delivered by right-arm paceman Justin Greaves. Player of the Match Sodhi, who picked up two for 36 from 10 overs in the West Indies innings, finished 22 not out (10b, 2×4, 1×6).

A jubilant New Zealand captain Will Young said the final overs had been “almost surreal”.

“We will remember that all of our lives,’’ he said. “That was something special. Probably the most pleasing aspect was the fact it was a full team performance – we did some great work in the field and pulled together with the bat when we had.”

“We back our middle order in these situations, and with the wickets in hand, we thought we could go at 10 an over for the last 10 overs,’’ he said.

“If you look at it, a boundary an over and a single off every other ball gets you nine, so if you turn some ones into twos or hit an extra boundary, then you can chase a reasonable target.We haven’t played a lot of T20 games in our group, so I can’t say it was us adjusting to play like a T20 chase, but have practised the scenarios of needing some big overs in a chase and working towards getting those sort of runs.”

Young said his side would play with confidence against India, having beaten Unmukt Chand’s side in Townsville during a quad series earlier this year.“We’ve got this far so we will give it our best shot. India had a tight win today too so we will both be keen to get into action again,’’ he said.

The West Indies had half centuries from skipper Kraigg Brathwaite (53: 97b, 2×4) and Akeal Hosein (54: 70b, 4×4) but in hindsight will regret not getting more runs on the board and will also rue its death bowling performance that allowed New Zealand to pinch the result.

In a low scoring thriller India claimed an exhilarating one wicket win over traditional rivals Pakistan.

Pakistan won the toss and elected to bat in overcast conditions at the Tony Ireland Stadium. India had a dream start to its bowling efforts with Sandeep Sharma picking up two wickets in the first over, buoyed on by a vocal crowd of Indian fans.

Pakistan captain Babar Azam and Umar Waheed then took the sting out of the India bowling attack and put on 55 runs for the third wicket before Waheed (27) was dismissed by Ravikant Singh.

Ravikant was destructive with the ball and quickly claimed the wickets of Saad Ali (1) and Salman Afridi (0). Azam finally fell for 50, dismissed by Baba Aparajith.

Rain threatened to disrupt play and the covers were brought on twice, but it wasn’t enough to stop India from bowling out Pakistan for 136 in the 45th over.

India almost mirrored the start made by Pakistan in the morning, and was eight for three at one stage after Zia ul-Haq and Ehsan Adil picked up the wickets of openers Prashant Chopra and Unmukt Chand.

Aparajith and Vijay Zol then steadied the ship and combined for a fourth wicket stand of 66 to get India back on track. India looked to be sitting comfortably before Aparajith was dismissed for 50 (96b, 3×4). India slipped from 120 for five to 127 for nine as Pakistan’s Azizullah struck at regular intervals.

Match winner Harmeet said when he hit the last ball he knew it was two runs.“I ran on the first run. I couldn’t neither breathe nor cry or laugh, the emotion was tremendous. I backed myself and knew Sandeep could play, it was just about handling pressure. Obviously the mind gets blocked but I took this as an occasion which I have to enjoy,” he said.

Sharma said there was lots of pressure to score the winning runs. “I was confident that I could play. Harmeet was playing really well too. I was thinking only about playing the ball and saving my wicket,” he said.