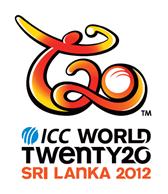 At a special event held to commemorate the day at the stadium, the International Cricket Council (ICC), together with Sri Lanka Cricket (SLC), also donated 100 cricket bats amongst the girls and boys who participate in competitive cricket in the district of Kandy.

During this event, the ICC also announced the launch of more tickets for all matches of the upcoming ICC World Twenty20 Sri Lanka 2012 from 0900 (Sri Lanka time) on Tuesday, 12 June 2012.

ICC Chief Executive, Haroon Lorgat said: “We are now 100 days away from the first ICC World Twenty20 tournament in Asia. This year’s event promises to be even more explosive as player skills in the T20 format have expanded and cricket fans from around the world are dashing to be in Sri Lanka.

“The second phase of the ticket sales will be another opportunity for fans that missed out on booking their tickets earlier this year to secure their stadium seat and experience the excitement of every ball being hit at the event.”

The ICC World Twenty20 Sri Lanka 2012 will be staged from 18 September to 7 October in Colombo, Hambantota and Pallekele, with the women’s group stages in Galle.

Upali Dharmadasa, President of Sri Lanka Cricket said: “The ICC World Twenty20 Sri Lanka 2012 is a sporting spectacle not to be missed by any fan. Sri Lanka is ready and excited to host this global event and I sincerely encourage all cricket fans to purchase the remaining tickets early to avoid last-minute disappointment.”

The tickets represent excellent value, with prices starting at as little as US $0.25 for the single group games and the final itself is attractively priced between US $2.50 and US $45.

Tickets will be available at box offices located in Colombo, Hambantota and Kandy at selected MoneyGram outlets in Bank of Ceylon branches. It is mandatory for those purchasing tickets to have their NIC or a valid passport with them.

Online booking of tickets will be available by logging onto www.icc-cricket.com. Ticket collection will take place from 1 August 2012.