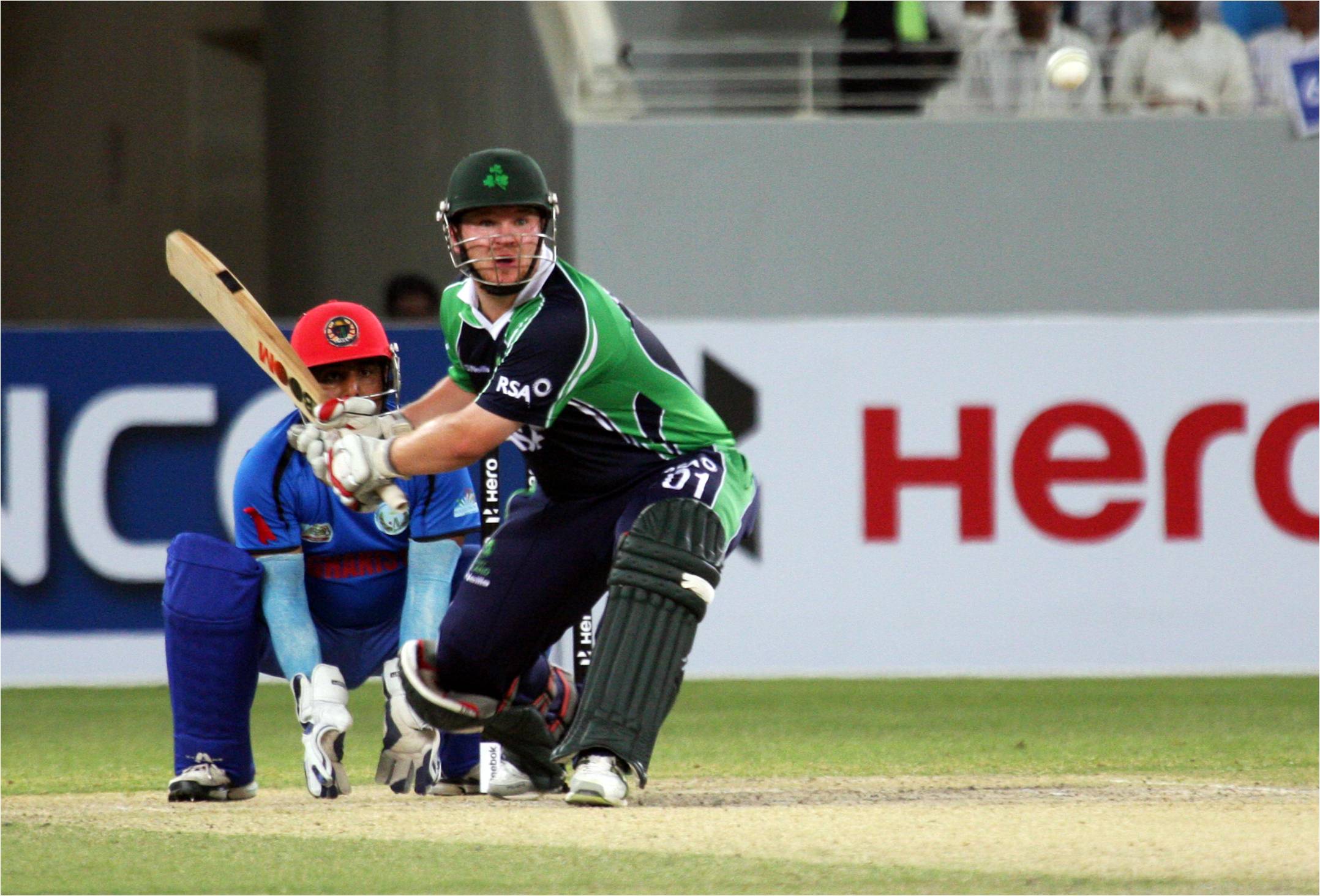 Dubai, March 24, 2012: ICC Twenty20 Qualifier, Ireland beat Afghanistan by five wickets in the Final of the ICC World Twenty20 Qualifier UAE 2012 to emerge champion at the Dubai International Cricket Stadium (DICS) on Saturday evening. If it was the bowlers who set up the win over Namibia in the 2nd Qualifying Final earlier on Saturday, Ireland was well served by a dazzling knock from Paul Stirling (79: 38b, 9×4, 3×6), who hit the second fastest half-century in Twenty20 International history, to star in the win.

While Stirling’s efforts won him the Man of the match award, Namibia’s Raymond van Schoor was voted by the tournament match officials as the Player of the Tournament for logging 324 runs in nine games at an average of 54 and a strike rate of 110.95 and also picking up six wickets. Afghanistan posted 152-7 in its 20 overs after opting to bat first and in its chase, Ireland ended at 156-5 in18.5 overs. Ireland had its sweet revenge to Afghanistan today having lost the ICC World Twenty20 Qualifier final in 2010 to the side.

The final line up of the ICC World Twenty20 Sri Lanka 2012, to be staged from 18 September to 7 October, has now been decided.

Ireland as the tournament winner joins Australia and the West Indies in Group B, while the losing finalist will complete Group A which also includes defending champion England and 2007 winner India.

Earlier, wicketkeeper Mohammad Shahzad (77: 57b, 7×4, 2×6) held the Afghanistan innings together with some audacious shot-making. For Ireland, Kevin O’Brien (two for 18) and Max Sorensen (two for 26) were the wicket-takers.

Unlike in the other play-off encounters, Ireland lost a few early wickets but Stirling was in awesome touch as he hit his second half-century of the day. Fast bowler Dawlat Zadran picked up three wickets, including Ireland skipper William Porterfield off the first ball of the chase, to raise Afghanistan hopes. But in the end Gary Wilson and Andrew White teamed up well to lead Ireland home.

Stirling ended as the leading run-getter of the tournament with 357 runs in 11 games and Shahzad finished at the second position scoring 352 runs in nine games. Man of the match Stirling said: “I think we came out positively. Under the lights, the ball came up well. Afghanistan has strong bowling, they’ve got one of the strongest team attacks in the tournament. The wicket suited my style. It was my first time playing under lights and tonight showed that the runs go up when you play later in the day.”

Porterfield was delighted with the Irish victory: “It’s really pleasing to win a trophy. Ten games unbeaten is a fantastic effort from the lads. it’s a long way to go now to the ICC World Twenty20.

“We’re obviously looking forward to it, playing against Australia and the West Indies is going to be a tough task. We’ve got to keep working hard and improving our skills.

“In the last few games, we came out pretty hard against everyone. Afghanistan got a good start today, but we regularly took wickets. We made it easy for ourselves in the end.”

Nawroz Mangal admitted Ireland was one of the best teams and that Stirling had been key: “Our score was good enough. The batters achieved what we planned for, especially getting the wicket of Porterfield on the first ball was good enough start. But the way Stirling played he demolished every plan we had.

“The two best teams played the final. The way they can bat is amazing. We were expecting Ireland to be in the ICC Twenty20 2012. Especially as they have played a few more ICC Twenty20s than us. They have more experience than us.”

“It’s a big disappointment for the team. If someone had told us to take third place before the tournament we would have taken it. But winning seven out of seven, it’s disappointing to not make the finals tonight.”

“Both these countries would have expected to qualify.

“During the group stages and in the play-offs of the tournament, we have seen some fantastic matches and some wonderful individual performances. Thanks to ESPN Star Sports and all our other sub-licensees, I am sure that the large global audience would have enjoyed watching all 16 countries in action through the live broadcast of the ICC World Twenty20 Qualifier.

“I am sure fans across the world will now keep a close eye on both Afghanistan and Ireland as they continue their dreams to become world champions.

“It is a very exciting time for Associate and Affiliate cricket to have Afghanistan and Ireland competing at the ICC World Twenty20.”

Afghanistan will join defending champion England and 2007 winner India in Group A, while Ireland will play alongside Australia and the West Indies in Group B.

Mr Lorgat also added: “I must take this opportunity to thank the Emirates Cricket Board, the staff at the Dubai International Cricket Stadium, the Sharjah Cricket Stadium and the Sheikh Zayed Cricket Stadium in Abu Dhabi as well as the world acclaimed ICC Global Cricket Academy for their outstanding support of this event.

“Logistically it has been one of the most challenging tournaments in ICC history and I am sure that every one of the 16 teams would join me in saluting the ICC Development Department and the ICC staff for successfully delivering a wonderful event.”