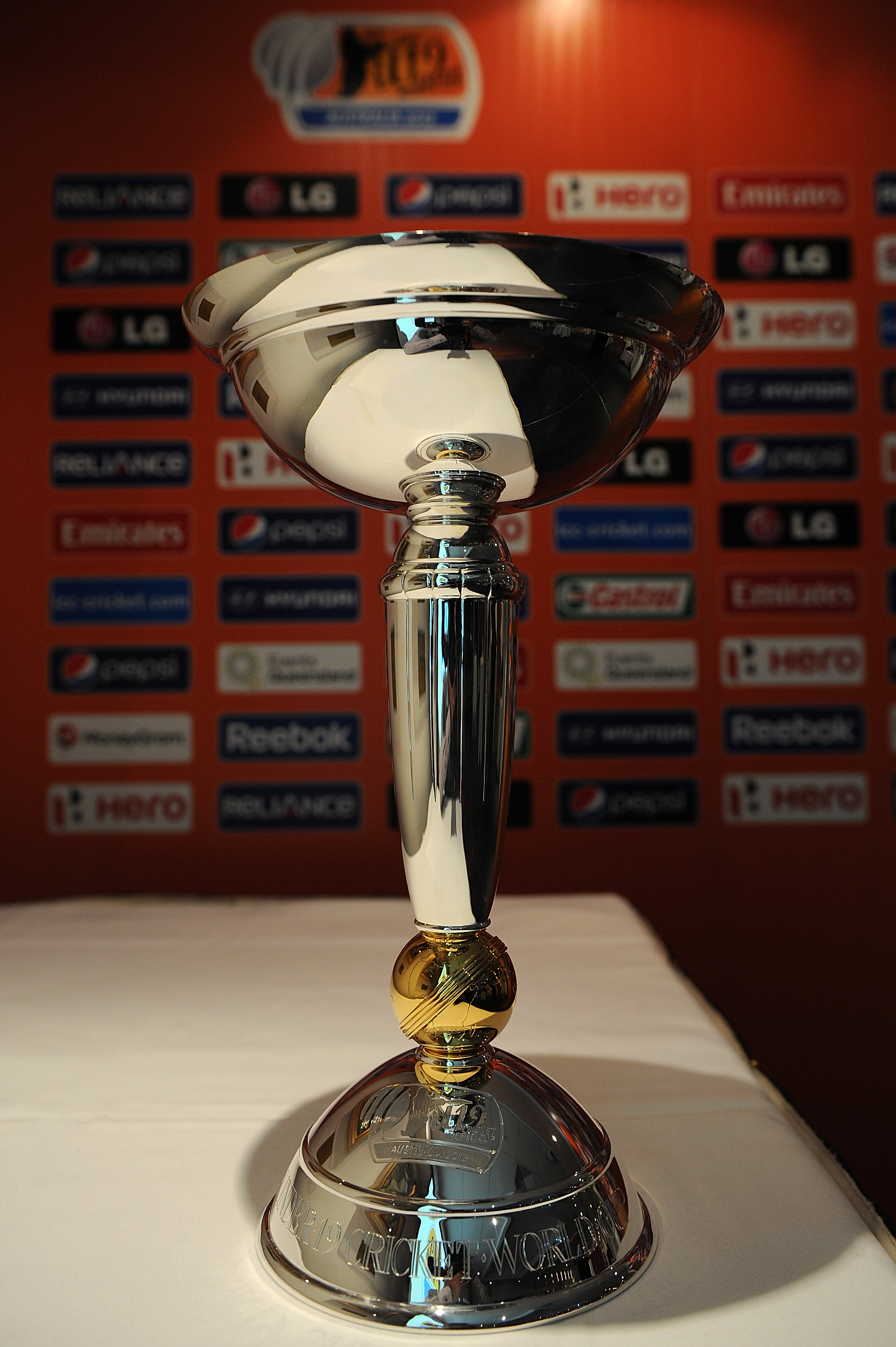 Dubai, August 18, 2012: Contests, Even as the senior England and South Africa sides battle it out for the number-one Test ranking at Lord’s, their U19 squads go head to head at Tony Ireland Stadium in Townsville for a place in the semi-final of the ICC U19 Cricket World Cup 2012 in front of ESPN STAR Sports’ HD cameras on Sunday.

While the side that wins at Lord’s will claim top honours in Tests, the winner in Townsville will take a giant step forward in its quest to win the biggest prize in the U19 age group. England last won the ICC U19 Cricket World Cup in 1998 while South Africa is yet to win its first title.

Also on Sunday, defending champion Australia will take on Bangladesh at Endeavour Park 2. Australia won the event in 1988, 2002 and 2010 while Bangladesh’s best performance has been in 2006 and 2008 when it reached the Super League quarter-finals.

The winner of the Australia-Bangladesh match will lock horns with the winner of England-South Africa match in the first semi-final to be played on Tuesday at Tony Ireland Stadium in front of ESPN STAR Sports’ HD cameras.

On Monday, arch rivals India and Pakistan will meet at the Tony Ireland Stadium in the third quarter-final to be broadcast live by ESPN STAR Sports. Both India (2000 and 2008) and Pakistan (2004 and 2006) have won the title twice.

This will also be the first of two potential meetings between the two Asian powerhouses this year in ICC events. If all goes according to ICC World Twenty20 Sri Lanka 2012 seedings, then the two former champions could clash in the Super Eight stage at R.Premadasa Stadium in Colombo on 30 September.

New Zealand and West Indies will figure in the fourth and final quarter-final, also on Monday, at Endeavour Park 1. Both sides have appeared in an ICC U19 Cricket World Cup final but are yet to win it. New Zealand lost the final to England in 1998 while the West Indies lost to Pakistan in the 2004 final.

The winners of India-Pakistan and New Zealand-West Indies matches will play in the second semi-final at Tony Ireland Stadium on Thursday in front of ESPN STAR Sports’ HD cameras.

South Africa opener Quinton de Kock is the leading run-getter in the tournament so far with 226 runs, while his captain Chad Bowes is third on the list with 179 runs. England’s Ben Foakes with 126 runs is in 12th spot. In the bowlers’ list, England’s Reece Topley with eight wickets shares second spot with India’s Kamal Passi, while Corne Dry is South Africa’s best bowler with six wickets to date.

England captain Adam Ball, looking ahead to the match, said: “We can’t wait to play against South Africa. They have done pretty well in the tournament so far and have been unbeaten. So, it will be good for us to break that record.

“We would have liked to start off with a win against Australia but it was good to bounce back and have two convincing wins against Nepal and Ireland. Although they are associate nations and we were expected to win, it was good to beat them quite convincingly and put a message out to the rest of the teams at the tournament.”

South Africa captain Bowes said: “We wanted to get some good wins in the preliminary rounds and carry the momentum forward. We came to play good cricket and have done that so far.

“The conditions have suited us so far. It is similar to what we get at home. The bowlers have enjoyed the bounce and the batsmen are comfortable with the pace and carry off the wickets. We have tried to be as clinical as we can be with our performances but know that we’ve only done part of the job so far.”

Unbeaten Australia will start off as firm favourite in its match against Bangladesh whose only group loss was against South Africa. Bangladesh defeated Australia by eight runs in the only match between the two sides at this level in the Plate Championship final of the 2004 event in Dhaka.

For Australia, Ashton Turner and Gurinder Sandhu are in good form with the ball, having picked up seven and six wickets, respectively. Cameron Bancroft with 127 runs from two matches is home side’s best batsman. Bangladesh captain Amanul Haque has also been in sparkling form, having scored 172 runs, including a century against Sri Lanka.

Australia captain Will Bosisto, previewing the match, said: “So far we have progressed as expected. We wanted to win our three pool games and get as many guys in form as possible, and I think so far we have done that and are happy with where we are.

Bangladesh captain Amanul said: “We have played some good cricket since we have been in Australia but now we have the chance to show what we can do when things get more challenging. Our fast bowlers like the conditions, as do our spinners, and the batsmen now have the confidence.” “It is a big game against Australia but we are ready to do our best for Bangladesh and all our fans.”

Thrilling India-Pakistan contest on the cards

Though India enjoys an overall 9-7 record against Pakistan in U19 cricket, the green shirts have performed better in big and pressure matches, having won five of the six contests in the ICC U19 Cricket World Cups.

Pakistan beat India in the semi-final of the 2004 event in Bangladesh, then in the 2006 final in Sri Lanka and overpowered India again in the quarter-final in New Zealand in 2010. In the inaugural event in 1988, Pakistan defeated India by 68 runs while India’s only victory in the ICC U19 Cricket World Cup came in the 1998 event in Durban where it beat Pakistan by five wickets.

In the ongoing event, Pakistan remained unbeaten in Group B while in Group C India suffered a shock defeat against the West Indies before it bounced back to win convincingly against Zimbabwe and Papua New Guinea (PNG).

Looking ahead to the match, Pakistan captain Babar Azam, who is the second leading run-getter with 182 runs, said: “We played India in the Asia Cup in Malaysia before this tournament and we won one (by one run) while the other game (the final) ended in a tie. There is always a tight contest between us and we are expecting nothing different this time.

“Our players are aware of how exciting this is for the supporters of both the teams. They know that there will be millions of fans glued to their screens seeing the action when we meet. The last time we met the games were exciting so we hope that continues.”

India captain Unmukt Chand, who has scored 104 runs so far, said: “Pakistan will be a challenge but we have worked hard on our skills coming into the tournament and also on the mental side of our game.

“We played Pakistan twice in Malaysia in June and learnt a lot from those matches. So, we are confident that we can perform very well not only in the quarter-final but also in the rest of the matches.”

The West Indies has won both its previous two encounters against New Zealand in the ICC U19 Cricket World Cups and also remained unbeaten in Group D. In contrast, New Zealand lost to Pakistan by five wickets, narrowly beat Afghanistan by eight runs and defeated Scotland by 39 runs. Looking ahead to the quarter-final, West Indies’ captain and Test opener Kraigg Brathwaite said: “We played against New Zealand in one of the warm-up games. They are a quality team. They have some good bowlers and their top-five is pretty stable.

“I think the conditions are good with the sun being out. The pitch is doing a bit and may get a little slower as the tournament goes by. But I think whichever team plays better cricket on the day will win.”

New Zealand captain Will Young, who is the eighth leading run-getter with 136 runs, said: “We’re working very hard at the moment and believe we can step up now that we are in the quarter-finals. The West Indies have been impressive but it is up to us to test them now.”