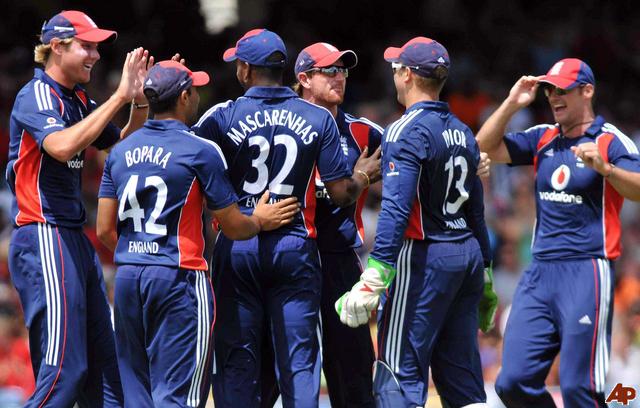 Dubai, July 14, 2012: Test team, England’s position as the top team in the Reliance ICC Test Rankings was strengthened after the annual update took place today as it leapt to 122 ratings points but it can still be overhauled by South Africa in the forthcoming series which begins at The Oval on 19 July.

Although South Africa has fallen to third spot, behind Australia, Graeme Smith’s team can leapfrog into top spot by simply winning the three match series against England. So for the second Northern Hemisphere summer in succession the Reliance ICC Rankings’ number one Test position is up for grabs.

If South Africa wins the series 1-0 or 2-1 it will be level on ratings points with England but when the rankings are calculated to a fraction of a decimal point then Smith’s team will have the edge. A drawn series or a 1-0 win will mean England retains the number one position and if Andrew Strauss’s side were to win 2-0 or 3-0 then South Africa would tumble to fourth position.

South Africa’s fall to third in the update is because annually the oldest results are no longer counted – in this case from 2008-9 – and it was in that period that the Proteas won both in England and away in Australia. Those results no longer count while at the same time England’s ranking has improved because that home defeat to South Africa and the away defeats in India and West Indies are no longer counted in the rankings calculations.

Australia will take some encouragement – after the recent 4-0 One-Day International series defeat in England – that its Test form has seen them rise back towards the summit they occupied for so long after falling to a low of fifth in 2009.

India and Pakistan have changed places. Pakistan, despite a 1-0 defeat in the three-Test series which finished in Sri Lanka on Thursday, has moved up to fourth and M S Dhoni’s side, number one this time last year, now down in fifth place.

Lower down the table West Indies has fallen below New Zealand, who now go seventh. Zimbabwe still have not played sufficient Test matches to be ranked in the table having only played four in the ranking period.

Reliance ICC Test Championship (as of 14 July, after the annual update and before the England v South Africa series)

*Explanatory note: Every year, the table is updated in order to keep it current and relevant so changes occur as old results are removed from the reckoning.

This latest table reflects all Test series completed since August 2009 with results from the previous year having dropped off. Over the next 12 months, new results will be added to the table as they happen so that by July 2013 there will be four years of results taken into consideration.

This process is repeated each year, with the oldest of the four years of results removed to be replaced gradually with results of matches played over the following 12 months. This means that once a year the teams’ ratings can change overnight without any new Test matches being played. —– ICC