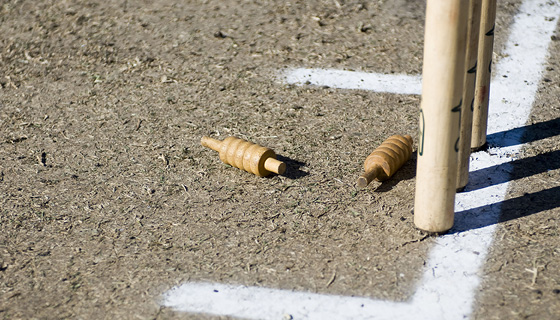 Dubai, April 10, 2012: The International Cricket Council (ICC) today announced the details of the first-ever curator workshop, to be held in Dubai on 11 and 12 April, covering a wide range of issues involved in pitch preparation. The workshop will be attended by the head curators and turf managers of all the 10 Full Members and three of the top six Associates, along with a representative from United Arab Emirates (UAE).

ICC Pitches Consultant Andy Atkinson will lead the discussions during the workshop with the other curators sharing their experiences of pitch-making. The workshop follows discussions at recent Chief Executives’ Committee (CEC) meetings on the quality of pitches in use in international cricket. It is also a practical implementation of the ICC strategy to provide a world class environment for international cricket.

At its March 2012 meeting in Dubai, CEC noted a marked improvement in the quality of pitches that has led to exciting battles between bat and ball in Test match cricket. Only 10 per cent of Test matches in 2011 ended in a draw as compared to 38 per cent in 2010. ICC Chief Executive Haroon Lorgat, in supporting the workshop, said: “Our ICC strategy recognizes the imperative to provide world class venues and no one can dispute that pitches are central to playing attractive cricket.

“Curators and groundsmen around the world deserve credit for preparing outstanding pitches which have produced thrilling Test match cricket in recent times. “I expect this workshop to provide the right platform to share experiences and build skills as we seek to continuously improve and to provide world class environments.”

The following attendees will take part in the Curator Workshop: