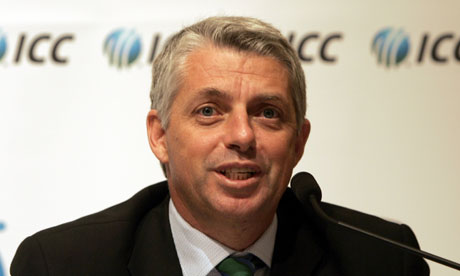 Speaking in Dubai, Mr Richardson said: “The ICC has now had the opportunity to read and review the written decisions of the Court of Arbitration for Sport, which recently dismissed the appeals of Mohammad Asif and Salman Butt in their entirety, and upheld the earlier decisions of the independent Anti-Corruption Tribunal, announced in February 2011.

“We are pleased to note that the CAS panel rejected each and every one of the allegations that were made of prosecutorial misconduct by the ICC, and bias and incompetence on the part of the independent Anti-Corruption Tribunal, thereby reinforcing that the players were treated fairly and in accordance with the principles of natural justice at all times.

“In addition to the CAS finding Mr Asif a party to the conspiracy to act corruptly, it is also pleasing to note from the decisions that Mr Butt acknowledged his part in the fix before the CAS panel.

“The time has now come for them to stop misleading the members of the public, especially the supporters of the Pakistan cricket team, and to publicly accept their parts in this corrupt conspiracy.

“I am certain that both Mr Butt and Mr Asif have information that can be of great assistance to the ACSU and its ongoing fight against corruption in cricket. I would, therefore, urge them, without any further delay, to start the process of rebuilding their lives and reputations by apologising for their actions and meeting with ICC’s anti-corruption officials to come clean about what actually happened.

“The CAS decision also justifies all of ICC’s ongoing anti-corruption efforts. Much of that effort goes unnoticed, but all of it is vital to the protection of the game.

“In my opinion, the single biggest threat to the viability and strength of the sport of cricket, both at international and domestic level, is that posed by those few unscrupulous individuals who, for unlawful financial reward, choose to engage in corrupt practices. By so doing, they threaten the very fabric, essence and integrity of a sport played honestly and fairly by its overwhelming majority of participants and cherished by millions of supporters across the globe.

“The ICC and its member boards will continue to remain vigilant in our attempts to prevent corruption in the sport that we are charged with developing and protecting around the world. On behalf of our stakeholders, we are committed to a zero-tolerance attitude towards any such corruption. Now, more than ever before, it is important that cricket stands above all else as a model of integrity.” —- ICC