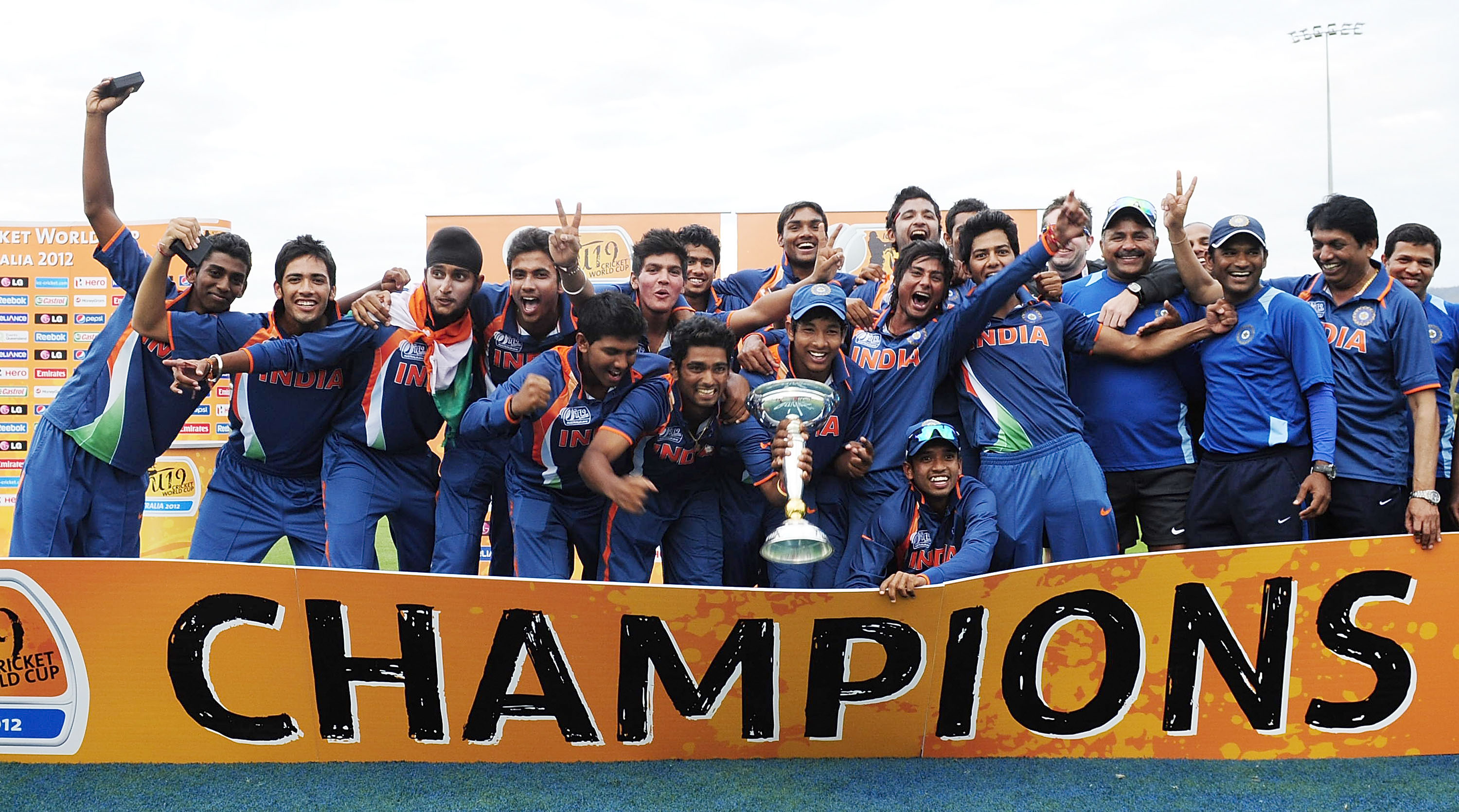 Townsville – Australia, August 26, 2012: Unmukt Chand became only the third batsman in history to score a century in an ICC U19 Cricket World Cup final as India defeated Australia by six wickets at Tony Ireland Stadium here in Townsville on Sunday. 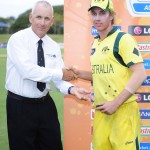 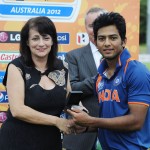 Chand, who had scored only 135 runs in the lead up to the final, thoroughly displayed his temperament, talent and shot-selection to score a masterly 111 not out as India achieved the 226 runs target for the loss of six wickets with 14 balls to spare in front of ESPN STAR Sports’ HD cameras.

The victory gave India its third World Cup title, after Mohammad Kaif and Virat Kohli had lifted the trophies in 2000 in Sri Lanka and 2008 in Malaysia, respectively. In contrast, Australia failed in its attempt to match Pakistan’s feat of winning back-to-back titles. Both Australia and India now have won the World Cup three times, while Pakistan has won it twice and England once.

The defeat also dashed Australia coach Stuart Law’s bid to win his second World Cup title after his first came as a member of the Australia side that won the inaugural event in its backyard in 1988. In the final at Adelaide Oval 24 years ago, Law had chipped in with a valuable 44 and had featured in a 97-run second wicket stand with opener Brett Williams as Australia defeated Pakistan by five wickets.

When Chand clubbed a six over extra-cover, his fifth and last of a 130-ball innings that also included seven fours, he joined an exclusive company of Australia’s Brett Williams and England’s Stephen Peters to score centuries in World Cup finals. Interestingly, all the three centuries have now come in winning causes. Williams’ 108 helped Australia defeat Pakistan in 1988 while Peters’ 107 earned England a seven-wicket victory over New Zealand in 1998.

Chand was in a class of his own as he held the innings together after India slumped from 75 for one to 97 for four. The Delhi boy nudged and pushed the ball around for ones and twos and didn’t miss out on an opportunity to pick up boundaries.

Chand, who scored his first 50 off 66 balls, with five fours and two sixes, was twice dropped by wicketkeeper Jimmy Peirson and Bosisto when 38 and 84, respectively. Chand punished Australia for these lapses to not only notch up one of the finest centuries in U19 World Cup history but also walk away with the Player of the Final award.

Chand was involved in a match-winning 130 runs partnership for the unbroken fifth wicket with Smit Patel. Patel, who hit the winning boundary, showed a lot of guts and courage to score a sweet 62 that came off 84 balls and included four fours. The wicketkeeper from Gujarat, who was dropped twice when zero and 51, completed his half-century from 79 balls with two fours.

Earlier, Bosisto showed a lot of maturity when he steered Australia’s to a respectable 225 for eight after the home side had plummeted to 38 for four before the completion of the 12th over.

Bosisto, later declared Player of the Tournament, featured in two big partnerships and also led his side’s onslaught in the final overs as the home side collected 42 runs off the final five overs.

Sandeep Sharma was the pick of India bowlers when the lanky pacer finished with figures of 10-0-54-4. The Patiala teenager, along with team-mate Ravikant Singh, finished the tournament with 12 wickets each – seven behind table topper Reece Topley of England (19).

Bosisto admitted crucial dropped catches cost his side dearly. “It is really disappointing I think. Maybe we didn’t help ourselves out with a few dropped catches and things like that but that is cricket.

“We obviously came here to win and that didn’t happen. But I am proud of the boys and the way we went about it. I think we can be really satisfied with how we have gone (in this tournament).”

The Australia captain praised the winning side and its captain Unmukt Chand. “It would have been nice to finish on a winning note, obviously, but look, India is a great side, I think it played better than us on the day and it deserved to win.

“Getting an early wicket, we thought that put us right in the contest. Unmukt’s innings was just a freak innings and sometimes you are going to get that in cricket against such talented opposition.’