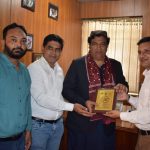 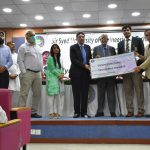 Karachi, September 09, 2021: Sir Syed University of Engineering and Technology paid glowing tributes to the Olympian Arshad Nadeem who had qualified for the finals in Javelin throw at Tokyo Olympics. He was awarded gold medal and cash award of 2,00,000/-by the Sir Syed University for his outstanding performance in the Tokyo
Read More
Lausanne, 9 September 2021: Following decisions taken by the Executive Board of the International Weightlifting Federation (IWF), the dates and locations of the forthcoming 2021 IWF World Weightlifting Championships and the IWF Electoral Congress have been announced. Both the 2021 IWF World Championships (7-17 December) and the Electoral Congress (20-21 December) will
Read More 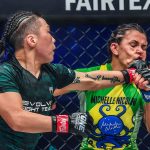 Singapore, September 03, 2021: ONE Championship™ (ONE) returned with the historic all-female event, ONE: EMPOWER, which aired live from the Singapore Indoor Stadium on Friday night. The show featured the highly anticipated ONE Women’s Atomweight World Grand Prix quarterfinal matchups, the promotional debut of a pound-for-pound kickboxing icon, and a showdown for
Read More 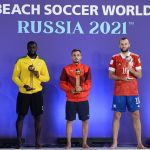 Moscow, August 30, 2021: A superb performance from RFU saw them defeat Japan 5-2 to win the FIFA Beach Soccer World Cup Russia 2021™ on Sunday. In doing so, they lifted the coveted trophy for the third time in their history, following on from their previous triumphs in 2011 and 2013. In
Read More
Debrecen, Hungary, August 30, 2021: USA made history again by successfully defending their FIBA 3×3 U18 World Cup titles in both the men and the women’s categories in Debrecen, Hungary on August 24-29, 2021. Two years after completing the historic double for the first time in Mongolia, the United States repeated after
Read More
Zurich, August 29, 2021: FIFA welcomes today’s ruling by the Court of Arbitration for Sport (CAS) rejecting the Spanish LaLiga’s request to set aside the decision by FIFA to extend the international window for the FIFA World Cup™ qualifiers in South America by two days. The compromise decision to add two additional
Read More 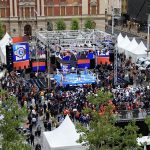 Belgrade, 28 August 2021: The world boxing family came together today on International Boxing Day to celebrate their shared love of the sport with more than 50 National Federations hosting boxing activations and mass participation events. The International Boxing Association (AIBA) led the celebrations from Belgrade, Serbia – the host of this
Read More 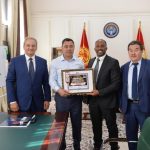 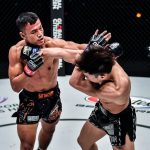