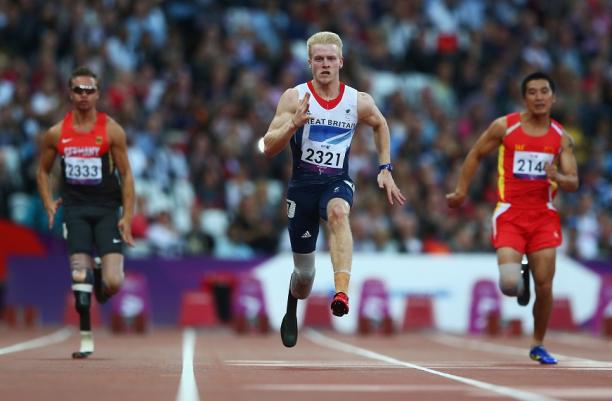 Bonn – Germany, Dec 19: After staging one of the best and most-talked about Paralympic Games in history this summer, London was announced as the host city of the 2017 IPC Athletics World Championships on Wednesday, 19 December.

The Championships will be held in July 2017 at the Olympic Stadium, just a month before the same venue plays host to the IAAF World Athletics Championships. London will become the first city to host the two Championships side-by-side, recreating the summer of sport which transformed the British capital in the summer of 2012.

The Greater London Authority will organise the Championships, partnering with the London Borough of Newham, UK Athletics, ParalympicsGB, the London Legacy Development Corporation and the University of East London.

During the bid process, London Mayor Boris Johnson used the success of London 2012 to argue for the return of international Paralympic competition to the British capital, which receives 26 million overnight visitors annually.

“This year London just staged the best spectacle of sport the world has seen. By bringing the IPC Athletics World Championships to our wonderful Queen Elizabeth Olympic Park just a month before the World Athletics Championships, the capital is poised to recreate the magic of 2012.

“London’s Paralympic Games were the first ever to sell out, and these Championships provide a perfect chance to build on that enthusiasm for disabled sport, bringing back the world’s greatest Paralympians to the Olympic Stadium, and at the same time providing a major economic boost to the capital.”

London’s international accessibility, infrastructure, logistics, expertise and enthusiasm to host global events was honed during the 2012 Games. The city hosted the first-ever sold out Paralympics this summer, staging one of the most accessible Paralympic events ever and establishing the foundation of a legacy for years to come after what IPC President Sir Philip Craven hailed the “best Games” in history.

In total 1,134 athletes took part in track and field events in London this past summer, setting 102 world and 139 Paralympic records. Of the 141 countries that participated in athletics, 75 won at least one medal.

The athletics competition at the Paralympics drew sold-out crowds of 80,000 for every session and attracted more than a billion cumulated television viewers worldwide at what is now one of the world’s most well-known stadiums.

“The UK’s capital city has already demonstrated its ability to provide an excellent experience for athletes and spectators alike. London 2017 will bring record crowds for an IPC World Championships, creating an ideal backdrop for athletes to break records, further raising the profile of sport for people with an impairment in the process.”

The IPC Athletics World Championships are the largest single-sport competition for athletes with an impairment in the world and take place on a bi-annual basis.

“The London 2012 Paralympic Games were some of the best we’ve ever seen, and we cannot wait to see Great Britain embrace the Paralympic Movement once again with open arms. The bar has been set high for the 2017 IPC Athletics World Championships, and we are eager to see the worldwide media attention they attract.”

“The dual legacy promises of the 2012 Games were to transform the East End of London and inspire a generation through sport. In partnering to organise the 2017 IPC Athletics World Championships Newham will not only help to secure that legacy, we will underline our commitment to enhancing opportunities for people with disabilities. After an inspirational summer in London 2012, including the most successful Paralympic Games ever, there is no more fitting venue for these championships than the Olympic Stadium in Newham.”

“We want to build on the huge success of the London 2012 Paralympics so I am delighted that the International Paralympic Committee has awarded London the honour of hosting its 2017 Athletics World Championships. This is the latest in a long line of top class sporting events that will be staged in the UK over the next few years. Hosted in the iconic Olympic Stadium, I know it will receive huge support from the British public.”

The next edition of the event will take place in from 19-28 July 2013 in Lyon, France, where nearly 1,300 athletes from 90 countries are expected to take part, including a majority of the medal winners from London 2012. —- IPC/Image © Getty Images