By Nicola Milan, Doha, Qatar, April 2017: Doha diamond league 2017, With just one week to go, the line-up of global superstar athletes that will feature in the Doha 2017 Diamond League promises to be one of the best-ever as Genzebe Dibaba becomes the latest big name to be confirmed.

Doha diamond league 2017, The Ethiopian ensures that there will be no less than 16 reigning Olympic and World Champions, and a total of 44 global medallists competing in Qatar Sports Club on 5thMay. Tickets are on sale now at www.q-tickets.com to be part of this unmissable evening of world-class athletics. 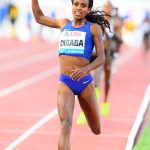 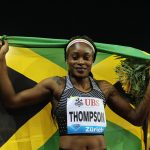 “We are very excited to welcome so many of the world’s best athletes to Qatar in just one week’s time for the eighth consecutive edition of the Doha Diamond League. We cannot wait to witness some thrilling rivalries as Olympic and World Champions go head to head, ensuring a phenomenal atmosphere inside Qatar Sports Club.

It is our ambition to stage the best Doha Diamond League event so far, helping to showcase the excitement of athletics to new audiences, inspiring young athletes and developing our sport to even greater levels across the whole of the Middle East.” 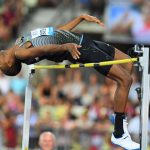 Genzebe Dibaba is the reigning World Champion and Rio 2016 Olympic silver medallist in the 1500m, as well as the 2015 world bronze medallist in the 5000m. Looking for a new challenge, the 26 year-old will turn her focus to the 800m in the upcoming 2017 season, with the Doha Diamond League marking her debut over this shorter distance. Dibaba will face tough competition from two-time Olympic and two-time World Champion, Caster Semenya of South Africa who was unbeaten over 800m in 2016. 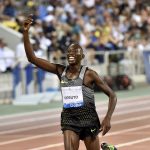 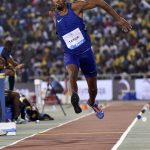 Also lining up are Rio 2016 800m silver medallist, Francine Niyonsaba, who became Burundi’s first-ever female medallist in Rio, and 2014 World Junior Champion and Rio 2016 800m bronze medallist, Margaret Wambui of Kenya in what is expected to be a riveting race over two laps of the track.

Commenting on her 800m debut, Dibaba said:
“The track at Qatar Sports Club is very fast and there is an extremely strong line-up in the women’s 800m this year, so there is no better place to make my debut over this distance. When I last competed in the Doha Diamond League, there was a huge crowd of supportive Ethiopian fans cheering for me and I cannot wait to return to kick off my 2017 season.”

Other key female athletes to look out for on 5th May will be: Elaine Thompson of Jamaica and Dafne Schippers of The Netherlands – the reigning Olympic and World Champions respectively – who go head to head in the 200m; Rio 2016 Olympic Champion Katerina Stefanidi of Greece who goes up against 2015 World Champion Yarisley Silva of Cuba in the pole vault; as well as Bahrain’s first-ever Olympic Champion Ruth Jebet, who heads the field in the 3000m steeplechase, and Michelle Carter of the US who is favourite in the shot put.

In the men’s events, the javelin is set to be a thriller as German reigning Olympic Champion Thomas Röhler faces a showdown against Jamaica’s reigning World Champion, Julius Yego.

Two-time Olympic Champion, reigning World Champion and Doha crowd favourite, Christian Taylor of the USA will be looking for his third Doha Diamond League crown in the triple jump, whilst fellow US Olympic Champions Kerron Clement and LaShawn Merritt will feature in the 400m hurdles and 400m respectively.

Heading the large Kenyan team will be Rio 2016 3000m steeplechase champion, Conselsus Kipruto who goes up in the 3000m flat.

Meanwhile the home-crowd will have plenty of athletes to cheer for. Olympic hero and Rio 2016 high jump silver medallist, Mutaz Barshim leads a strong line-up that features the fastest man in Asia, Femi Ogunode who goes in the 100m, aspiring javelin thrower and Rio 2016 Olympian Ahmed Bedeir, Abderrahman Samba who recently ran the fastest 400m hurdles time in the world this year, and Hamza Driouch, Qatar’s 2010 Youth Olympic Games silver medallist who features in the 1500m.