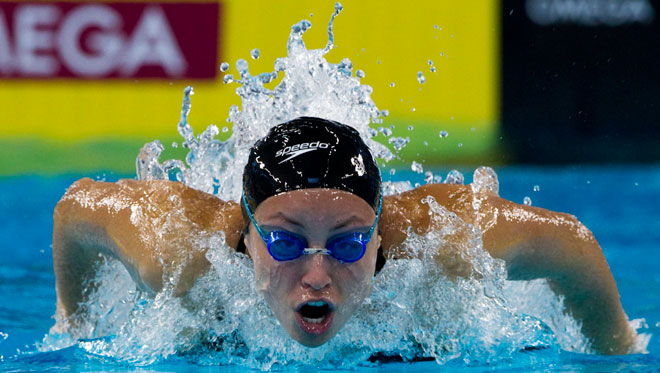 Lausanne, Sept 5 2012: The 2012 edition of FINA’s major annual swimming event, the FINA/ARENA Swimming World Cup, will kick off at the magnificent Hamdan bin Mohammed bin Rashid Sports Complex in Dubai (UAE) on October 2. The big names of the international swimming elite will gather to compete in eight meets for a short-course high-level contest taking place in some of the world’s most thrilling cities.

With the upcoming 11th FINA World Swimming Championships (25m) in Istanbul (TUR) next December (12-16), the FINA/ARENA Swimming World Cup is the best opportunity for up-and-coming swimming stars from all over the world to race their closest challengers and produce eye-opening performances.

In addition to the 34 swimming events (17 in women’s and men’s category), two new events make their entry in the competition programme for this year’s Series: a 4x50m Medley Mixed Relay and a 4x50m Freestyle Mixed Relay. Scoring is done according to the FINA Points Table.

You can follow all the action of the FINA/ARENA Swimming World Cup 2012 on FINA TV and iPhone/iPad (LIVE+ application @appstore) by visiting fina.org.

World’s synchro, diving and water polo youth to meet at the highest level

After the successful first edition of the FINA World Junior Open Water Swimming Championships in Welland (CAN) last August, it is now the turn of junior national synchro swimmers, divers and water polo teams to meet at the highest level.

The 13th World Junior Synchronised Swimming Championships will take place in Volos (GRE) from September 12-16, 2012. The swimmers are aged between 15 and 18 years old and compete in Solo, Duet, Team and Free Combination (where preliminaries are held) as well as a figure competition.

Finally in December (1-9), another Australian city, Perth, will welcome the world’s rising water polo talents for the first-ever FINA World Youth Water Polo Championships (18 & U) for both men and women.

The international aquatics community will meet again in the Russian capital for the 2nd FINA World Aquatics Convention to be held from October 29 to November 1, 2012. The inaugural edition in Punta del Este (URU) was a successful stepping stone in providing a unique gathering place for the whole Aquatics community.

For the first time, a FINA Gold Medal Swimming Coaches Clinic will be organised, in addition to the Aquatics Conference and Exhibition.

Fierce competition awaits the hundreds of swimmers that will take part in the 11th FINA World Swimming Championships (25m), organised in Istanbul (TUR) from December 12-16, 2012. The high-profile swimming short-course event, which is organised every two years, welcomes the best swimmers in action!