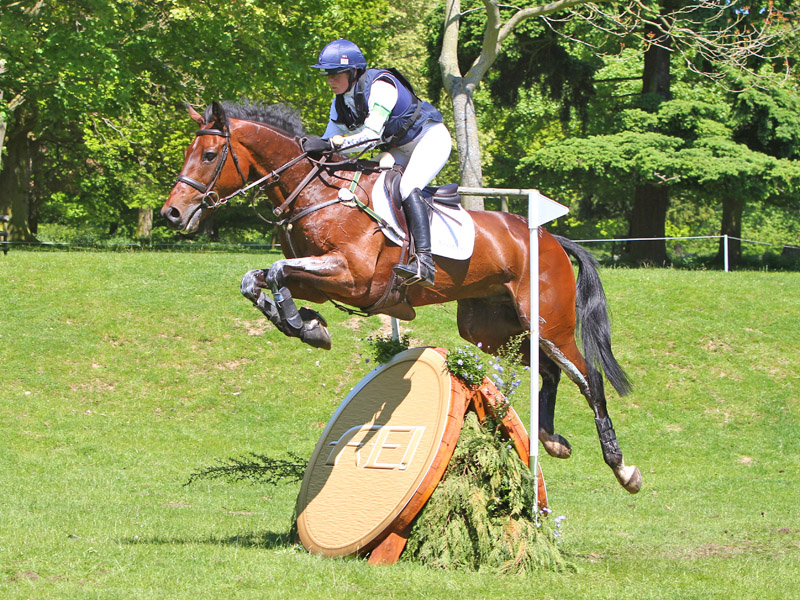 Lausanne (SUI), May 29, 2012: Nations Cup Eventing, Great Britain atoned for a slow start in the new FEI Nations Cup™ Eventing series by scoring a convincing victory in the second leg, held at the Subaru Houghton International Horse Trials (GBR) in Norfolk over the weekend, in which they beat Australia by nearly 30 penalties.

Germany, winners of the opening competition at Fontainebleau (FRA) in March, finished a close third and remains at the head of the FEI Nations Cup™ Eventing leaderboard.

Britain came last in Fontainebleau, but team trainer Yogi Breisner, determined to put on a good show on home ground, picked an unbeatable quartet headed by Piggy French and Jakata, individual winners of the CIC3* which incorporated the FEI Nations Cup™ Eventing.

An individual third place for Sarah Cohen (Treason) and seventh for Francis Whittington (Sir Percival lll) helped stretch the winning margin. Team GB would have won even if counting the discard score of Mary King and Kings Temptress, who took it easy across country, and Britain has now jumped into equal third place with Spain in the FEI Nations Cup™ Eventing after two out of six legs.

“This has been a great competition,” said Breisner. “This new FEI Nations Cup™ for Eventing is great for the sport. I’m pleased my strong team didn’t let us down on home soil. Britain’s potential Olympic squad was out in force in this CIC3* section after nearly two months without competing, and they did extremely well.”

Seven nations fielded teams, and most riders are already based in Britain where they are all competing for Olympic places, but Breisner made special mention of the fifth-placed French squad who had travelled across the Channel and are now in second place on the FEI Nations Cup™ leaderboard. “It’s nice that so many riders, particularly the French, have come to Norfolk to support the team competition,” he said.

The winner, Piggy French, who is hoping to make her Olympic début this year, said: “It’s been difficult to keep Jakata right mentally and physically with so many cancellations [due to the wet weather in England]. But today he went really well without a big effort, he was on his game and in a different league.

“It was so nice to be out doing something. Houghton is an amazing venue – I get so much support here as it’s near home. It was great to be part of a winning British team and I’m really hoping that having performed well under pressure, we can go all the way to the Olympics.”

Francis Whittington, chairman of the Event Riders Association, added: “The FEI Nations Cup™ Eventing is a great addition to the sport. The Cross Country here at Houghton had a nice flow and asked all the right questions, especially for horses which had not competed for six weeks. Alec Lochore [course designer] used all the hills and twists which made you think, and it was a fair test from start to finish.”

The recent cancellations of Badminton and Chatsworth meant that Houghton was inundated with entries. Organiser Alec Lochore, who will act as Director of Eventing at the London 2012 Olympic Games, commented: “It was a great honour to host this high-quality field with so many nations in this new competition, which I hope to see develop and expand in the coming years.”