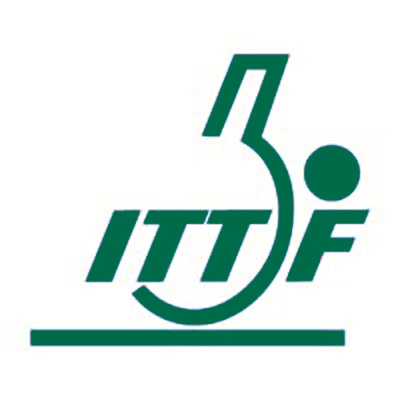 Lausanne, Jan 05, 2013: The International Table Tennis Federation is in the final stages of restructuring its professional staff at its headquarters in Lausanne following the departure at the beginning of this week of Jordi Serra, its long-serving executive director.

Serra, who had held the position for 14 years, will not be directly replaced, according to Adham Sharara, the ITTF president, who told Sportcal: “We are in the process of concluding the final stages of restructuring our professional staff structure. Alison Burchell, currently Deputy Executive Director of Operations, will be promoted to Director of Operations and will take the lion’s share of Mr. Serra’s responsibilities.

“In addition, all the matters relating to the Olympic Games will now be under the responsibility of our CEO, Judit Farago. All media and promotion matters have been transferred to our marketing office in Singapore. To cover the financial aspects and some further administrative functions, we will be hiring Finance and Administration Manager in the first quarter of this year to be located in our head office in Lausanne.”

However, Serra will continue to serve the ITTF in a consultancy capacity. Sharara said: “In addition to the above restructure, Mr. Serra will also provide some consultancy services, as a private sports consultant, to the ITTF and its programs. The exact details are not finalized yet, but we intend to have an agreement very shortly that would allow us to use Mr. Serra’s expertise, and to ensure continuity, and become Mr. Serra’s first client.”

Asked what are the federation’s main business and commercial priorities for 2013, Sharara said: “Promotion, promotion and promotion. We feel that we do a lot but that our programs are not well promoted to our liking. We have hired a new Promotion Manager, Mr. Matt Pound, who will be located at our Singapore office and will start his new function on 15 February 2013.

“In addition, we want to solidify our competition program, especially our World Tour in its new format ($1,000,000 prize money for the Finals, and $2.5 million prize money overall), as well as further solidify our Development, Education and Training program.”

In October, in an exclusive interview with Sportcal, Serra said that the World Tour was rebranded from its former name, the Pro Tour, partly at the behest of new sponsor GAC, the Chinese automobile manufacturer based in Guangzhou, which has a policy of only sponsoring world competitions.

Serra said: “Their policy is only to sponsor world events. But it’s not just a name change. Together with the name change, we restructured it and tried to make the [season-ending] Grand Finals more attractive. For the first time the Grand Finals, involving the season’s 16 best players, will offer $1 million in prize money.”

Asked whether the rebranded World Tour was meeting with the ITTF’s expectations so far, Farago said: “I think it’s quite successful in terms of TV coverage [television rights are being distributed on the ITTF’s behalf by Total Sports Asia, the Kuala Lumpur-based international sports agency].

“We expect a ‘big bang’ with the Grand Finals. We’ll be interested to see how big prize money will affect the players.”

The ITTF’s annual budget is $10 million, of which ‘marketing’ (mainly television and sponsorship rights fees) contributes roughly 60 per cent, the IOC’s Olympic sports contribution represents 30 per cent and the remaining 10 per cent comes from table tennis equipment companies that pay to receive the ITTF’s seal of approval.

Serra became the ITTF’s executive director in 1998, having previously been the president of the Catalan Table Tennis Association and the competition director and venue manager for the table tennis events at the Barcelona Olympic Games in 1992.

One of his main responsibilities at the ITTF was the sport’s participation in the Olympics.

Sharara added: “He also specialized, based on his experience in Barcelona 1992, in helping the ITTF get closer to the IOC and be a full partner of the Olympic movement. Jordi’s pleasant personality and wisdom will be greatly missed.” —- ITTF