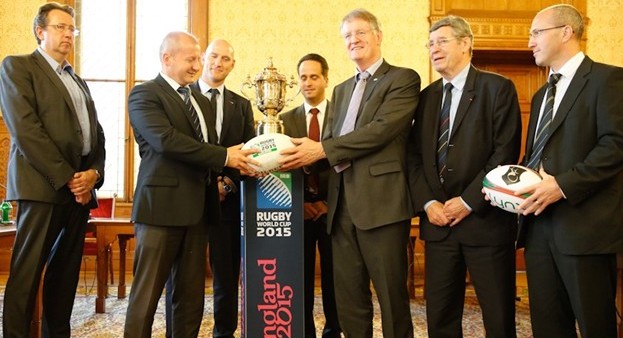 Dublin – Ireland, Oct 11, 2012: The Hungarian Government has reaffirmed its commitment to the development and growth of Rugby as the country kicked off the European qualification process for Rugby World Cup 2015 with victory against Bulgaria last Saturday.

At a special meeting with IRB Chairman Bernard Lapasset in the country’s capital Budapest last week, the new Secretary of State for Sport István Simicskó confirmed that Rugby had been singled out as a priority sport for support and investment.

Rugby in Hungary is on the rise and although the national men’s team currently sits 81st in the IRB World Rankings, there are now more than 3,000 men, women and children playing the Game and that figure is increasing.

The spectre of Rugby’s inclusion in the Olympic Games in an Olympics-mad country has certainly served to boost the profile of the Game, along with national media coverage of the opening European qualifier. With the support of FIRA-AER, IRB and the Hungarian Government, the Hungarian Rugby Union has implemented grand plans to grow and develop the sport.

“As a former player I know that Rugby has strong values of inclusivity, teamwork, discipline and respect and it has a special ability to bring people together,” said Simicskó.

“We are committed to growing Rugby in Hungary and Rugby has been selected by the government as a priority sport for support and investment.”

“We look forward to working with all parties to ensure that Rugby has the support it needs to see Hungary’s men and women’s teams compete strongly on the world stage in Fifteens and Sevens.”

IRB Chairman Bernard Lapasset said: “Hungary has a big future in Rugby. The Union has delivered a strategic plan that will inspire participation to grow the Game in the country and this commitment by the Hungarian Government to support Rugby will accelerate that growth.”

“We look forward to working in partnership with FIRA-AER and the Hungarian Government to bring that growth to life, so that one day Hungary is challenging the larger European nations to qualify for a Rugby World Cup.”

Rugby in Eastern Europe continues to go from strength to strength with the support of the IRB, FIRA-AER and governments.

In addition to exciting developments in Hungary, Rugby is now the national sport in Georgia with the Game receiving significant financial support from the government, while Moldova, Lithuania and Bulgaria continue to make solid progress on the international stage. The Ukraine’s women’s Sevens team is a strong force on the European circuit while in Russia 72 per cent of female players are teenagers, underscoring the recent growth of Rugby in the country.

With 40 IRB Member Unions and around 56 per cent of the world’s playing population, but only 11 per cent of its population, Europe remains the Game’s biggest region. It continues to grow and the IRB Training and Education Support scheme (TES) has supported many regional and national initiatives across Europe with around 2,000 coaches and 500 match officials having recently completed courses, figures that doubled previous numbers. —- IRB