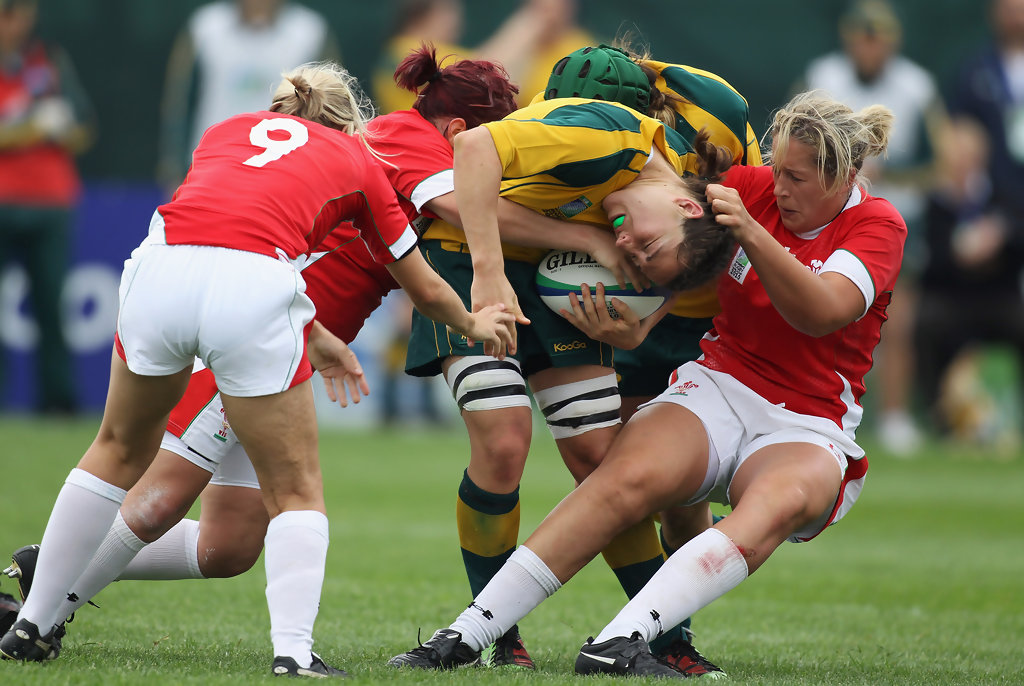 Dublin – Ireland, Sept 29, 2012: Highly Competitive, The race to secure a place in the women’s competition at Rugby World Cup Sevens 2013 continues in Africa with the Confédération Africane de Rugby (CAR) Sevens in Rabat, Morocco this weekend.

Uganda and Kenya head into the event as favourites and three and a half years on from creating a piece of Uganda sporting history by becoming the country’s first team to qualify for a World Cup in any sport, the Lady Cranes are hungry for yet more exposure on the world stage.

One qualification place is available for African nations in the 16-team showpiece event in Moscow from June 28-30, joining South Africa.

Uganda will face Senegal, Zimbabwe and Cameroon in Pool A on day one at the CAR Sevens in Rabat, while Pool B other pool features Tunisia, Kenya, Morocco and Zambia. Uganda player Charlotte Mudoola said: “The experience we got in Dubai was good and the exposure really opened our eyes to work even harder.”

The IOC’s decision to include Rugby Sevens in the Olympic Games programme from 2016 has opened new opportunities for Women’s Rugby in Africa with National Olympic Committees providing support to several Unions.

IRB Chairman Bernard Lapasset said: “There is no doubt that the inaugural Women’s Rugby World Cup Sevens in 2009 was a seminal moment for the Women’s Game. Not only did the likes of China, Brazil and Uganda capture hearts and minds and sports fans around the world, they showed the immense potential of Women;s Rugby outside of the sport’s traditional heartlands.”

“Guided by the IRB Women’s Rugby Plan, the Women’s Game continues to make huge advances with around a million women and girls playing the Game worldwide. This highly-competitive global qualification process demonstrates that we are set for an exceptional women’s event at Moscow 2013.”

Confédération Africane de Rugby President Abdelaziz Bougja said: “We are anticipating a very competitive Women’s event in Rabat. Women’s Rugby in Africa is growing all the time and CAR and the IRB are committed to ensuring that African nations continue to advance on the world stage.”

The Kenyan men’s team have already qualified directly for RWC Sevens 2013 after reaching the semi finals in Dubai and the Kenyan Rugby Union chairman Mwangi Muthee is confident the women’s team can enjoy similar success.

“Women’s Rugby has come a long way, from the time these girls played touch rugby at Mwamba. Now they are accomplished internationals and I would like to say without batting an eyelid that the Kenya’s women’s team is as competitive as the men’s team.”

“We, as the Kenya Rugby Union, are putting a lot of emphasis on the women’s team and we are investing in the Women’s Game just as we are doing for the men.”

Eleven of the 16 places in the women’s event at RWC Sevens 2013 have already been filled. Champions Australia, runners-up New Zealand, South Africa, USA and hosts Russia qualified directly with England, Spain, France, Netherlands, Ireland and Canada joining them so far.

The five remaining places will be filled by the African and South American champions and three qualifiers from the Asian qualifier, which takes place in Pune, India, on 6-7 October. Fiji, the best placed team behind Australia and New Zealand in the Oceania Sevens, will play in the Asian qualifier.