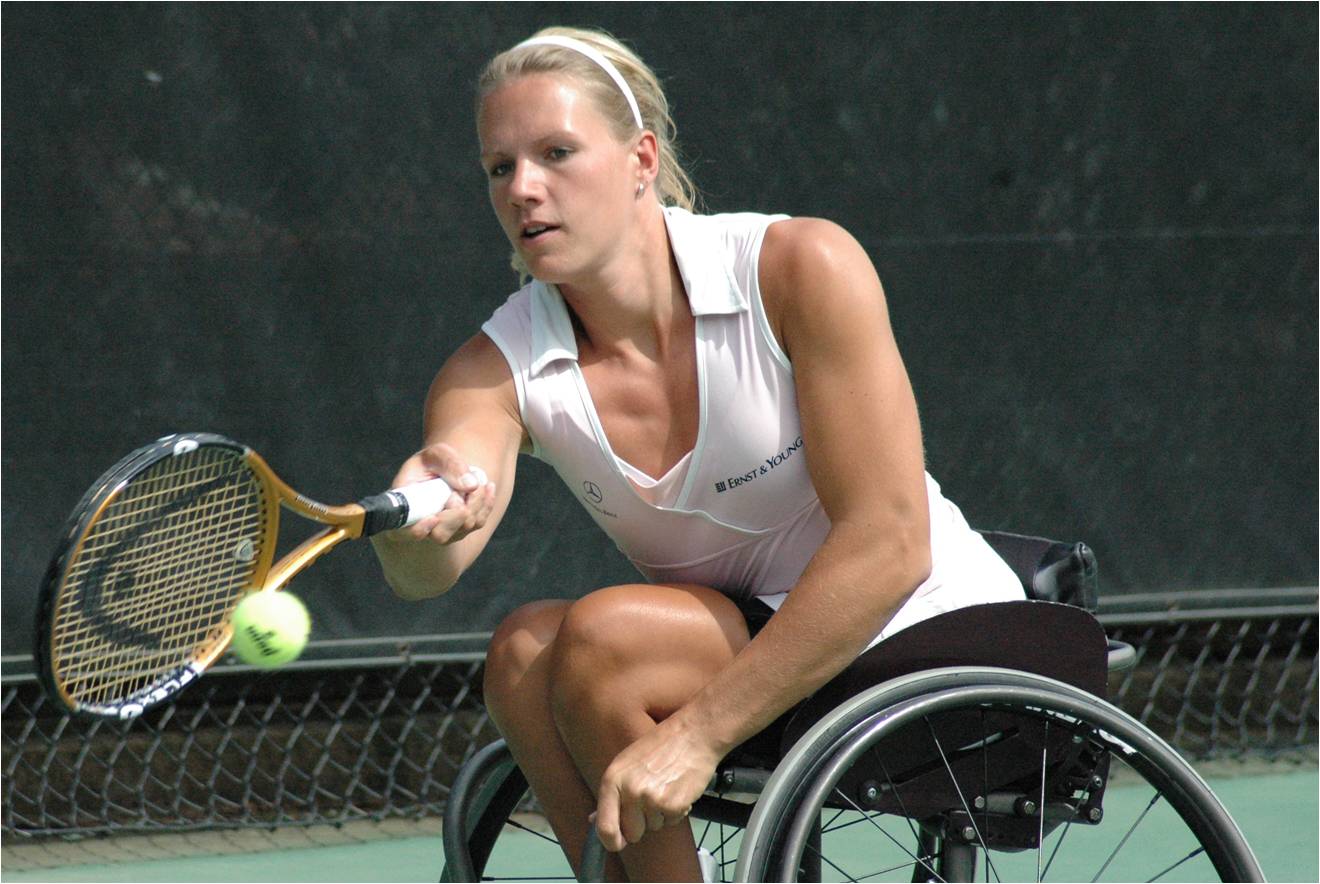 London, May 08, 2012: Robin Ammerlaan and Esther Vergeer of the Netherlands clinched the men’s and women’s singles titles respectively on Sunday’s final day of the Eton Manor Wheelchair Tennis International, a part of the NEC Wheelchair Tennis Tour and the ‘London Prepares’ series. World No. 2 ranked Briton Peter Norfolk won the quad singles.

World No. 7 and top seed Ammerlaan and Britain’s David Phillipson matched each other in the early games of the men’s final and Phillipson led 2-1 at the first change of ends. However, Ammerlaan took the next five games to claim the first set.

Ammerlaan built a commanding 5-1 second set lead and was two points away from taking the match until Phillipson fought back. However, Ammerlaan kept his composure while Phillipson served a double fault at match point down to hand the Dutchman, the men’s singles gold medallist in Athens in 2004 and the silver medallist in Beijing in 2008, victory.

“Dave’s backhand slice was working well for him early in the first set and if he could keep that up it would have been a closer match, but I know he can be inconsistent sometimes and probably wouldn’t keep it up.” said Ammerlaan. “So I just had to stay calm and play my game and he put some double faults in at key times on break points, which helped me.

“It’s a great venue and I’m glad to have had the experience of playing here on Centre Court and will know where everything is when I hopefully return here in September for the Paralympic Games,” added Ammerlaan.

Phillipson was philosophical in defeat. “I know I have the ability to play better, it just didn’t happen for me today. I believe I have the game to beat him and need to keep my level up.”

Two-time Paralympic champion Norfolk had to come from a set down before finally beating Sweden’s world No. 7 Anders Hard 26 76(4) 75 in the quad singles final.

Guests of honour during the rest of the tournament included International Paralympic Committee President Sir Philip Craven, Minister for Sport and the Olympics Hugh Robertson MP.

The event was heralded a great success by ITF Wheelchair Tennis Manager and Technical Delegate for the London 2012 Paralympic Tennis Event Mark Bullock.

“We’re very excited, the event has gone very well and we’ve managed to test all the things we wanted to. We’ve have good crowds of spectators, who have enjoyed it, but we’ve also got lots of good feedback from all sections, including experienced Paralympic Games athletes like Esther, Robin and Peter, which will allow us to deliver a better Games,” said Bullock.

“It’s been a new experience for us. It’s the first time we’ve had our own specific venue and therefore our own test event. There are some little changes we need to make but I am confident that we’ll be able to deliver a great event in September.

“We’ve had a very demanding few days weather wise, but the good thing is that with the cold, the wind and the rain we’ve tested a lot of things such as drying out the court and changing schedules. These are things that we might face during the Games and we’ve coped well.”