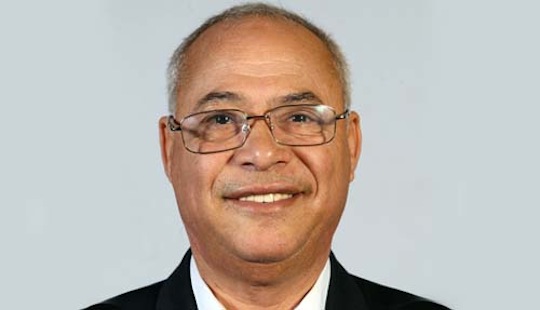 Lausanne-(SUI), March 17, 2012: Member of the ITTF Executive Committee, Tunisia’s Chérif Hajem has been awarded “La Médaille d’honneur du Conseil Supérieur du Sport en Afrique”, in recognition of his contribution to sport in the African continent. The award was agreed by members of the Supreme Council for Sport in Africa at their meeting in Asmara, Eritrea on Wednesday 14th and Thursday 15th March 2012.

A most prestigious award, bestowed on the very few, the Medal of Honour recognises outstanding contribution to sport over a long period of time. Chérif Hajem is now in no less than a sixth decade of table tennis administration, a quite remarkable achievement. The career of the 66 year old year old started in 1969 when he became the Secretary-General of the Tunisian Table Tennis Federation.

He remained President of the African Table Tennis Federation for 15 years, resigning in 2010, having one year earlier been elected Executive Vice President of the International Table Tennis Federation. Prior to his election to the ITTF Executive Committee, he was a member of what is now the ITTF Board of Directors from 1981 to 2008, being the African representative in the role of Continental Vice President from 1995 to 2008.

In addition to his present day roles within the International Table Tennis Federation, Chérif Hajem is the Honorary President of the African Table Tennis Federation. The award is to be presented officially at the Extraordinary General Meeting of the Supreme Council for Sport in Africa in Asmara, Eritrea on Saturday 17th March 2012.