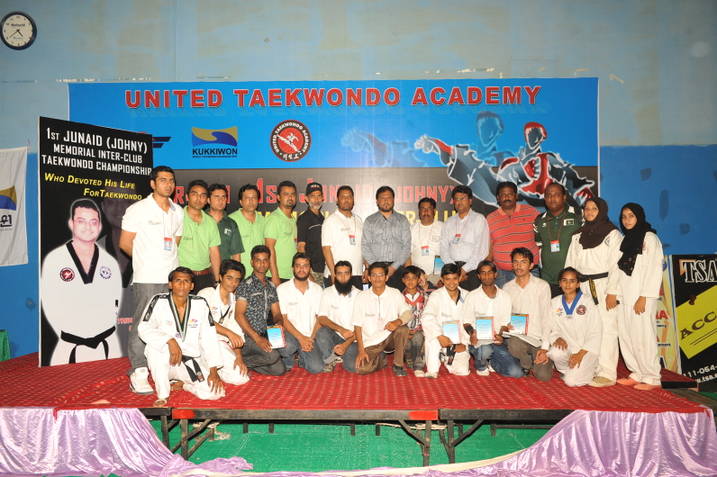 This championship was a tribute to our late brother Junaid Khalid, who was sweet person, excellent National Taekwondo athlete and family member of United Taekwondo Academy. The competition was limited to only Blue, Red and Black belts, male and female.

The championship was daylong event which started at 12:00 noon and concluded at 7:00 pm.

Dr. M Ali Shah and Haji Ashraf were chief gust and guest of honour of the championship.  They distributed medals to the winners and certificates and shields to officials of the championship. Laique Sultan president UTA, presented the shield to the guests and Jawed Khalid Organising Secretary Kamran Zahid Khan Head Technical Committee and Farhan Yousuf Thanvi Asstt. Org. Secretary received their shields from the chief guest.