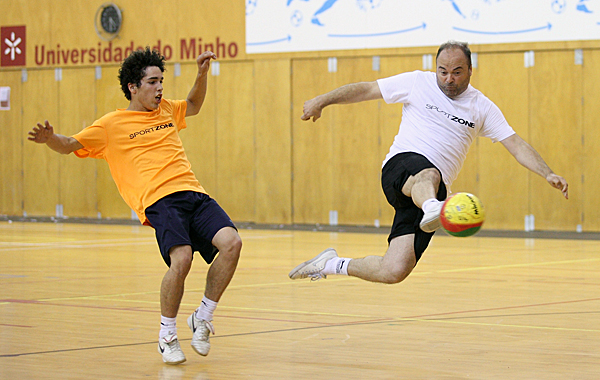 Also as a part of the legacy of the 2012 WUC Futsal, last June 8 was held in the Sports Complex of the University of Minho, a futsal celebrity game, with the purpose of delivering a symbolic presentation of funds raised for APPACDM, an association that works with children with mental disabilities.

The futsal game in benefit of APPACDM, was organized by the Secondary School of Póvoa de Lanhoso, with the collaboration of the University of Minho and several secondary schools, receiving also the support of the organisation of the 2012 World University Futsal Championship in Braga. This game was also part of the Connecting Classrooms international project (CC), sponsored by the British Council with support of the Portuguese Ministry of Education. This international partnership is comprised between schools in Greece, Czech Republic, Portugal and the UK (London). This is a project directed to the issues of multiculturalism, inclusion and promotion of the values of tolerance, solidarity and respect for human rights.

In the end, it was a great party that the organisation offered to the “APPACDM – Braga” 1,858 Euros, exactly the number of spectators attending the game. Each one offered an euro to this cause.

In a game with many goals and excitement, here are the team’s rosters: