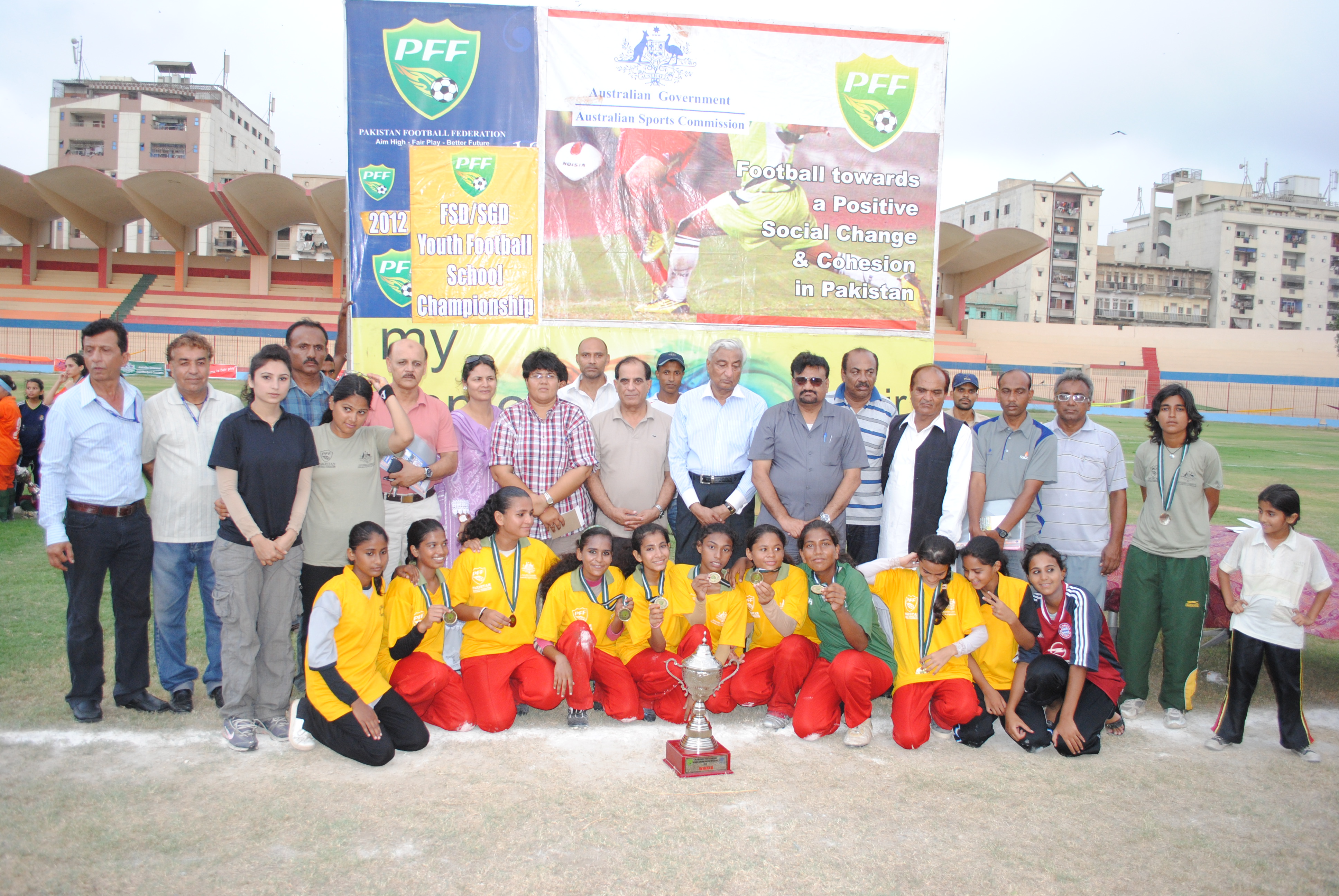 According to the press release issued here by Pakistan Football Federation (PFF), the final was really a treat to watch between two top youth U-16 teams of the event. The match started in a very positive manner and both the teams started to attack each other’s goal post from the beginning. The match ended in the favour of SMB Fatima Jinnah Girls High School 1:0, when Striker Humera netted the ball at 16th minutes of second half.

Earlier Syed Khadim Ali Shah, President Sindh Football Association (SFA), held a press conference as a chief guest was very pleased by the contribution of PFF in promoting football in Sindh. He wished and prayed that PFF by dint of its hard work and dedication will also promote football among the youth of interior Sindh which will make our sport conscious giving them a healthy mind in a healthy body. President SFA also hope that the PFF’s initiatives will have important spill-over effects on the wider community, such as promoting health and well-being, and enhancing social cohesion. Such activity reflects the true spirit of our mutual goal for the enhancement of sport activity among our youth.

Lt. Col. ® Ahmed Yar Khan Lodhi TM (I), General Secretary, PFF during his address thanked the Australian Government for their interest in the development of football at youth level in Pakistan. While talking about the Australian Sports Outreach Programme (ASOP), Mr. Lodhi has expressed his deep gratitude for their support which will go a long way in producing talented football player in Pakistan. This is a highly systematic program to coach our young football players not only theoretically but by also arranging matches between the students of the school. PFF is taking keen interest for the promotion of football among the women football players by arranging National Woman Championship as well as Women inter club tournament which have given great confidence among the girls. Mr. Lodhi added.