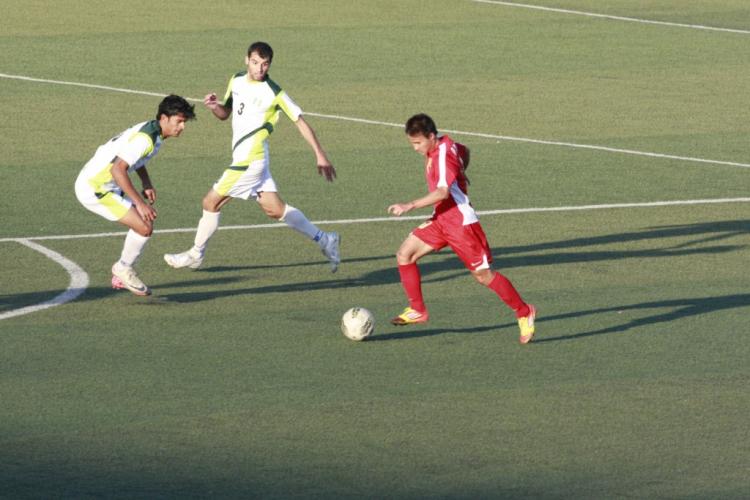 According to the Pakistan Football Federation (PFF), enjoying the bulk of possession initially, Pakistan came close to scoring in the 13th minute after Faisal Iqbal crossed from the right side, but Saddam Hussain fumbled and failed to tap the ball into an open net. It was, however, Pakistan who was still dominating proceedings at the midfield. The stronger of the two sides physically, Pakistan relied on counter-attacks with their long clearances. Around the halfway stage, Vietnam found an opening but Vietnam’ sticker’s header off a corner hit the horizontal. There was a chance for Pakistan in the second half but they could not capitalize.

The draw against Vietnam has made the situation difficult for the Green shirts as they opened their account with one point and now will need a win against hosts Palestine in their last game on May 18 to qualify for the semifinals. However, if Pakistan notches off a draw against Palestine, then they will fight for a slot in the top four as the best second placed team, which looks difficult considering the fact that Palestine are fielding their senior team and will also have home advantage. Palestine is in stronger position as they only need a draw to make it to the last four, having beaten Vietnam 2-0 in their first match.

This is the first time that Pakistan is playing on the soil of Palestine. Palestine visited Pakistan last year and played one match each at Karachi and Lahore against the hosts’ side who were preparing for the Olympic qualifiers.

The competitions are being held under round robin system and a leading team from each group and the best second-placed side from the three groups will make it to the semifinals. The matches are being held at the Faisal Husseini Stadium, Alram, Nablus Municipal Stadium, Nablus, Majed Asad Stadium, Albireh, Alhussein Ben Ali Stadium, Hebron and Dura Stadium, Dura.