Kuala Lumpur, August 23, 2017: The countdown to Asia’s largest football event – the AFC Asian Cup UAE 2019 – has begun. Just 500 days are left until the opening game of this world-class tournament which is much anticipated by the millions of passionate football fans in Asia (AFC Asian Cup UAE 2019 Begins 500 days). 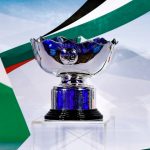 Returning to the UAE for a second time – the last was in 1996 – the AFC Asian Cup 2019 finals will be the biggest ever in history as the competition will involve 24 teams – eight more than in 2015.

AFC President Shaikh Salman bin Ebrahim Al Khalifa has praised the preparations underway by the host nation as the LOC enters the next phase of the tournament preparations.

“The AFC Asian Cup is the crowning jewel of the AFC’s competitions and this was underlined in Australia in 2015 when the world witnessed a truly world-class event,” said Shaikh Salman.

“With the expansion of teams able to experience the atmosphere of the finals, the AFC Asian Cup UAE 2019 will set new benchmarks and will help bring to life the AFC’s Vision and Mission by ensuring the success of Asian teams and players and confirming football as the number one sport throughout the continent.

“I thank the LOC for their commitment and hard work in ensuring that in 2019 we witness a true spectacle befitting of Asia’s finest talents – a tournament that will live in our memory for many years to come.”

With more countries involved and more fans engaged, the expansion will not only reinforce the AFC Asian Cup position as the continent’s leading competition but also underline the AFC ambitions, under the banner of One Asia, One Goal, to captivate hundreds of millions of fans across the continent.

A total of 51 matches will take place in eight stadiums across four Host Cities – Abu Dhabi, Al Ain, Dubai and Sharjah – over 28 days of riveting action. The iconic Zayed Sports City Stadium, one of three stadiums in Abu Dhabi, will host the eagerly anticipated opening as well as final match.

The AFC and the LOC have been working closely to prepare for the Competition and with just 16 months before the UAE takes centre stage, the AFC will be visiting at the end of this month to inspect stadiums across the Host Cities.

Launch plans and fan engagement programmes are also in development to engage the world’s largest population of football fans and kick off the celebrations in 2018.

His Excellency Major General Mohamed Khalfan Al Romaithi, member of the AFC Executive Committee and Vice Chairman of the Higher Local Organizing Committee AFC Asian Cup UAE 2019 added: “Football unites us and reaffirms our solidarity in values of fair play, sportsmanship and equality that it imparts.

The AFC Asian Cup UAE 2019 supports our nation’s vision towards unity and societal development and will be a major catalyst on this journey for the United Arab Emirates.”

“We are proud of our multi-cultural society and are delighted to play host to the rest of Asia during this celebration of football,” added His Excellency Aref Hamad Al Awani, General Secretary of the Abu Dhabi Sports Council (ADSC) and LOC Tournament Director.

Meanwhile the race for the final 12 spots in UAE is also heating up with the AFC Asian Cup UAE 2019 Qualifiers Final Round reaching its midway mark as the remaining 24 teams prepare to face-off on September 5, 2017.

They will be joined by the other 12 teams, including defending champions Australia, China PR, Iraq, Islamic Republic of Iran, Japan, Korea Republic, Qatar, Saudi Arabia, Syria, Thailand, Uzbekistan and hosts United Arab Emirates – who have already qualified to the final competition through the 2018 FIFA World Cup Russia and AFC Asian Cup UAE 201 Preliminary Joint Qualification Round 2.