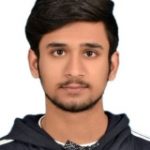 TALIB raised 134kg during training at the Gold Coast Turf Club on Monday (2 April) – one kilogram better than the record set in 2009 in Italy by Dimitrios MINASIDES (CYP).

But because TALIB’s lift was not in official competition, it will not make the record books.

At the 2017 Commonwealth Championships in September on the Gold Coast, TALIB came second to Morea BARU(PNG), who finished fourth at the Glasgow 2014 Commonwealth Games and will also be at GC2018.

BARU finished 10kg clear of TALIB at the championships, but TALIB believes he has closed the gap.
“I can beat BARU now, inshallah (if God wills),” he said.

“My snatch has improved 14kg since last year. I will break the Commonwealth record on Thursday (5 April).” —- GC2018