London, March 8, 2018: With just four weeks to go until the start of Gold Coast 2018, and to mark International Women’s Day, the Commonwealth Games Federation (CGF) today announced that the XXI edition of the Commonwealth Games will be the most gender equal in major multi-sport event history (Gold Coast 2018
Read More
By Louise Martin CBE, CGF President: London, Mar 06, 2018: Everyone across the Commonwealth Sports Movement was deeply saddened to learn of the passing on Saturday of Sir Roger Bannister at the age of 88 at his home in Oxfordshire, England (true giant Commonwealth Sport). Roger’s name will forever be synonymous with
Read More 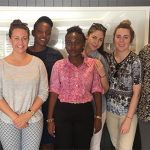 London, Feb 5, 2018: The latest cohort of the Commonwealth Games Federation’s (CGF) eqUIP paid internship programme – comprising young sports leaders from England, Isle of Man, Mozambique, Northern Ireland, Tanzania, Uganda and Wales – are meeting in Botswana to put the final touches to their business projects that will support their
Read More 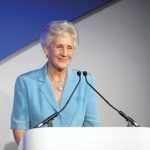 By Louise Martin CBE, CGF President, Jan 16, 2018: Everyone across the Commonwealth Sport Movement believes in the exceptional power of sport as a force for good. A force that brings us together, reconciles our differences and has the inspiring potential to change lives for the better. A force that drives our
Read More 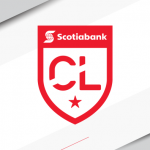 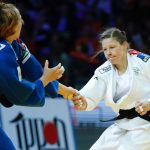 Warsaw, Apr 22, 2017: European Judo, During all four medal ceremonies of day two, there were four different national anthems played. Amongst was Russia after winning their second gold medal today in addition to their three bronze medals. This put Ukraine down a place on the medal table onto second place with
Read More 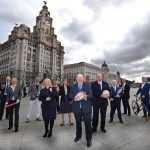 By Tom Lloyd, Apr 11, 2017: Brian Barwick, The 62 year old Liverpudlian – who is Chair of the Rugby Football League (RFL), Super League Europe Ltd, the National League and a member of the FA Council – will spearhead the city’s drive to secure the event in 2026, or 2022 should
Read More 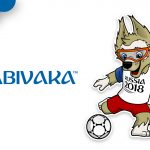 Zurich, Oct 22, 2016: A wolf who radiates fun, charm and confidence has been chosen today by the Russian public as the Official Mascot for the 2018 FIFA World Cup Russia™. Named Zabivaka™, which suitably reminds “the one who scores” in Russian, the wolf developed by student designer Ekaterina Bocharova received 53%
Read More 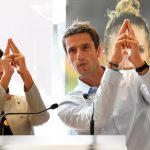 By Robert Fawdon, Paris Sept 14, 2016: To celebrate the annual National Day of Sport in France and to further mark one year to go the 2024 Olympic and Paralympic Games Host City decision, athletes and school children have gathered today to celebrate the launch of the ‘Year of Olympism’ – an
Read More