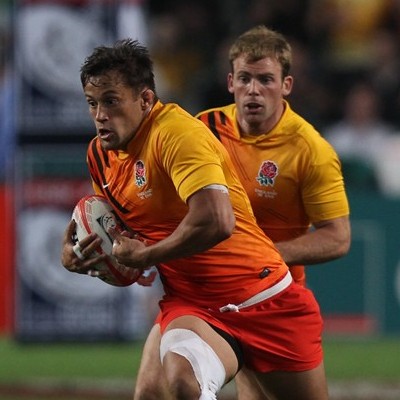 England beat Australia 15-10 in a breathless final at the Hong Kong Stadium to take the second IRB Women’s Sevens Challenge Cup title. Inspired by two tries from captain Michaela Staniford, England beat the defending women’s Hong Kong champions Canada in their semi final and then beat Australia, who had themselves overpowered USA in the second semi. Deadlocked at 10-10, the final looked set for extra time, but England worked space for Joanne Watmore to go over for the winner.

“It’s an amazing feeling, I can’t really express it,” said Watmore moments after touching down. “We learnt a few things from Dubai and worked on a few things. We have a few different players in place which gave us the edge in the final. Next stop is London.”

England came up short in Dubai in November, losing to Canada in the final but here captain Michaela Staniford led from the front, including another superb performance in the final.

“It feels amazing (to win in Hong Kong), we have been thinking about it for a long time, it has been a long awaited tournament. To come away and take the Cup is amazing, it feels great, absolutely brilliant.”

England were forced to produce their best by reigning Rugby World Cup Sevens champions Australia, at the end of a tournament which demonstrated that the women’s Sevens Game continues to become more and more competitive in the build-up to the 2016 Olympic Games.

“It is tough, especially with the amount of teams going semi-pro and pro,” added Staniford. “We are not there just yet but the more teams competing at a level, the more teams that are going away to train harder, is only going to increase the level. “To come and play a final like that, in front of this many people, that is televised, changes the thoughts on the women’s game, and will hopefully increase the number of followers we have.”

In the Plate competition, on Friday Spain ground out a tight 12-7 win over China on the main Hong Kong Sevens pitch. Russia beat the Netherlands 5-0 to finish in seventh, and Brazil finished with a win against Hong Kong to end in ninth place and take the Bowl.

While Fiji, New Zealand and Samoa all went unbeaten in the quest for the famous Hong Kong title, the hosts put on their finest ever display to head the knock-out seedings in the crucial second-tier competition at the Cathay Pacific/HSBC Hong Kong Sevens.

While the top sides in the world will go head to head for the Sevens game’s showpiece title on Sunday, Hong Kong head the eight second-tier teams that have won through to the quarter finals of the qualification tournament for three additional core team places on the 2012/13 HSBC Sevens World Series.